Brett Nolan Schultz, born on August 26, 1970 is the former left-arm fast bowler of South Africa and probably among the most aggressive pacers who could destroy his opponent with his menacing bouncers.

Brett Nolan Schultz, born on August 26, 1970 is the former left-arm fast bowler of South Africa and probably among the most aggressive pacers who could destroy his opponent with his menacing bouncers. On his birthday, Abhishek Kumar lists out 17 interesting facts about the South African bowler.

1. Rugby: During his school days, Schultz was more of a rugby player than cricket. He excelled in rugby in a younger age and played in forwards till age of 14.

3. Debut: Schultz made his international debut in November 1992 in a Test against India at the age of 22.

4. Kepler Wessels: Even before his international debut, Schultz was guided by Kepler Wessels, who came back into the South African side after playing for Australia in 24 Tests in 1992. Wessels backed him for South Africa s 1993 tour of Sri Lanka. Schultz justified Wessels faith by scalping 20 wickets in the series.

5. First series at home: South Africa played their first-ever World Cup tournament in 1992 following their return from international isolation because of their apartheid policies. But their first international home series was played after the World Cup against India. Schultz debuted in the series.

6. Fiery: Schultz formed a good fast bowling tandem with Allan Donald. He took total of 20 wickets in his debut series against Sri Lanka in 1993-94. He also registered his career-best match performance in that series with figures of nine for 106.

7. Weighty: He was probably the world s heaviest fast bowler during his playing days, weighing 100 kgs.

8. Heavy water drinker: Schultz used to drink 12 to 15 litres of water on a normal day, and more during matches. After every over he used to drink from a 500ml bottle.

9. Curse: Schutlz played in an era which was a curse for left arm pacers especially between 1992 to 2002. Schultz aside, left-arm fast bowlers like Bruce Reid, Geoff Allott, Alan Mullally, Nuwan Zoysa, Ashish Nehra and Zaheer Khan all suffered injuries. Only Zaheer Khan had a relatively longer international run.

10. Dream come true: In 1997 against Australia, in the third Test of the series, Schultz bowled a lethal spell and took six wickets in the match. He took the wicket of Steve Waugh to make his dream come true.

11. Tragic retirement: At the age of 28, Schultz suddenly retired from international cricket while playing against Pakistan at Rawalpindi in 1997. His had already suffered big loss in his career due to injuries and in his last Test a blood vessel in his left shoulder burst, which forced his retirement.

13. An arm without elbow joint: Even after retiring from cricket, injuries followed him. He had underwent 13 operation and finally had to do without an elbow joint.

14. Best memories: Schultz best moment in his short career was taking his first Test wicket of Ajay Jadeja. It was also the first wicket taken by South African at home after the isolation period.

15. Charity work: Schultz is also well known for getting involved in supporting number of charity organisations. SOS Children s Village SA and Acres of Love are one of the charities close to his heart. South African Riding for the Disabled (SARDA) is another in which he has been involved with to raise money.

16. Brand Ambassador: On February 2016, Schultz made his comeback to cricket by becoming the brand ambassador for Cape Town Sixes Cricket along with Meyrick Pringle and Dave Callaghan.

17. ‘Founding Fathers of Sledging’: During the heated India vs Australia Test series of 2017, former Australian cricketer Ian Healy criticised India skipper Virat Kohli of sledging. Kohli referred to a YouTube video in his press conference on how Healy himself was a sledger. The incident dates back to a South Africa-Australia Test in the 1990s where Healy was disappointed at being judged out to a Schultz delivery.

In an interview with CricketCountry post the series Schulz revealed, “We all know that Australians are founding fathers of the sledge and Heals comments could be exactly that a sledge back at Virat Kohli, trying to get into his head, even when not as a player. Virat is one of the greatest players of all time, but his in-your-face demeanour on the field leaves you not having to like him, but you are forced to respect him and his results. Virat does not take field to lose without a fight. So comments made by Ian Healy can, in my opinion, only go down to gamesmanship. Let us remember who the master sledger was when keeping wicket to Warne and McGrath back in the day.” 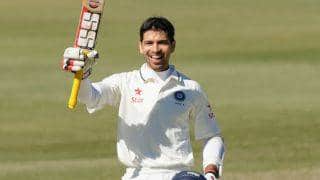