Brett Schultz: We all know that Australians are founding fathers of the sledge

Brett Schultz: We all know that Australians are founding fathers of the sledge

Brett Schultz was special even in South Africa, a country that has produced the fastest and most bowlers over years.

Brett Schultz was special even in South Africa, a country that has produced the fastest and most bowlers over years. With pace matched by perhaps not even Allan Donald, Schultz had the ability to torment batsmen across the world with sheer pace. The fact that he was left-handed made him an even more awkward bowler to deal with. Unfortunately, as is often the case with men who can generate serious pace, Schultz s career was cut short by injuries. As a result he was restricted to a mere 9 Tests though that did not prevent him from taking 37 wickets at 20.24, the best for any South African with a 20-wicket cut-off since their readmission to Test cricket. In an interview with Suvajit Mustafi of CricketCountry, Schultz talked about the highs and lows of his career, his injuries, the much-discussed Centurion Test of 1996-97, Virat Kohli, South African cricket, and more.

CricketCountry: Thanks to Virat Kohli s outburst against Ian Healy, your video of dismissing the latter in the Centurion Test has become one of the most watched cricket videos on YouTube. How do you recall that moment?

Brett Schultz: Healy s reaction in particular. Ian Healy had effectively got away with a leg-before decision in the first innings that was missing off, missing leg and hitting the hell out of middle so when he was caught-behind off his pad in the second innings, it was poetic justice in my view. Heals was upset, but that is the nature of the game when playing international cricket. It is competitive and sometimes people lose their cool, tempers flare and people make rash calls. It was not the first time and it will not be the last that emotions come to the surface.

[Schultz s name resurfaced during the Border-Gavaskar series after Ian Healy mentioned that he had been losing respect for Virat Kohli. In the press conference after the Bengaluru Test Kohli responded to Healy s statement by reminding everyone present to have a look at Healy s reaction after he was given out at Centurion down the leg-side . The bowler in that incident was Schultz.]

CricketCountry: What are your memories on the Centurion Test? Healy s was a one-off incident. You claimed 6 wickets in the Test including a four-for in the first innings.

Brett Schultz: It was another comeback game for me and South Africa had lost the first 2 Tests against a very strong Australian side that had dominated most of the time. I was selected prematurely again, as I was not back to full fitness something that showed in the second innings. But we won the Test and I had contributed, so it was a great memory of a bitter sweet series.

South Africa had battled against the mental dominance of the mighty Aussies but somehow the selection of Pat Symcox and I enabled us to come back at them strongly and we went into the Test match ready to take them on mentally and skilfully. It was my only Test match against this incredible cricket nation after missing the previous series through injury, so I like to remember I am 1-0 against our gigantic rivals (laughs).

CricketCountry: 1997 was your last year in international cricket. How would you sum up your career?

Brett Schultz: My last Test against Pakistan epitomized my career, as I left the field with yet another injury and another what-if-he-stayed-fit moment. I knew it was all over and that I had not finished what I started, but once again I knew that feeling of my body failing, yet the mind was so strong.

When I think of my career, I gave it my all and left nothing out there on the wicket playing for my country was the proudest moment of my life. However, with all the elation came a lot of disappointment and feelings of failure. I knew I was good enough to compete against the best and that I had the mental strength to never give up the fight, but my career was over for me through injuries and that carries its own emotions. I wanted nothing more than to play for my country growing up, which I did, but it was only a taste: I was hungry for more. I know I arrived with a bang and was noticed by the best, but it all ended too quickly for me, without enough substance and real meaningful results.

CricketCountry: What keeps you busy these days?

Brett Schultz: Today I am totally submerged in the commerce world, where I am a partner in a business in the financial services industry in the short term insurance sector called Econorisk. The business is nearly 15 years old and we have branches in Johannesburg, Cape Town and Durban. Cricket for me was a lifetime ago, but I try give back to life what cricket gave to me and to show gratitude for the limited success I had. I am far removed from the modern game now, but I like to keep to up to date. My world is however very busy running the business and if I am honest, I do not watch or support as much I would like too.

CricketCountry: Coming back to the Kohli incident, what is your take on the whole DRS incident involving Kohli and Smith?

Brett Schultz: As I said previously, the international arena is heavily competitive. Everyone tries to get an edge, leaving us sometimes forgetting the founding sportsmanship rules that brought us to play the sport. That is exactly what happened here. Do I think it was right? No. But I possibly understand why the Australians were looking for a competitive edge when coming to the shores of India. It is one of the toughest places to tour and every team in world cricket comes to India knowing the odds are stacked against them from the preparation of pitches to the tough environment playing in front of a cricket-mad nation. The boundaries of sportsmanship were pushed too far in this instance and the volatile and passionate natures of two incredibly special cricket players came to the fore. It is sometimes the nature of the game unfortunately!

CricketCountry: You have played against Australia. Do you think Healy s criticism of Kohli sledging Australians has any base?

Brett Schultz: I take Heals comments from whence they come. We all know that Australians are founding fathers of the sledge and Heals comments could be exactly that a sledge back at Virat Kohli, trying to get into his head, even when not as a player. Virat is one of the greatest players of all time, but his in-your-face demeanour on the field leaves you not having to like him, but you are forced to respect him and his results. Virat does not take field to lose without a fight. So comments made by Ian Healy can, in my opinion, only go down to gamesmanship. Let us remember who the master sledger was when keeping wicket to Warne and McGrath back in the day.

Brett Schultz: The South African team is a good side. They are playing with the spirit of old and with heart. We have some super stars in the side but they are playing as team and their self-belief is growing alongside their burning desire to win.

They will be put to the test in the next calendar year when they play against the two great cricketing countries, India and Australia.

Faf Du Plessis has taken to his leadership role and he has the backing of his teammates. This, together with inclusion of Neil Mackenzie to the coaching support staff, has made all the difference. With regards to the state of South African cricket as a whole, we have some exciting talent coming through the ranks, but I fear the gap between international and domestic cricket standards is widening. This may cause big problems further down the line as we groom new talent for the international arena. There is all to play for next year. If they win both series, they will be considered not just a good side, but a great side. 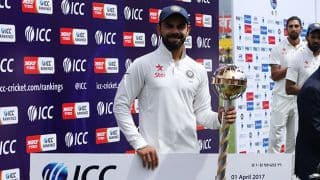 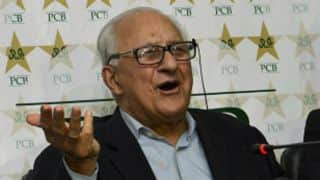