He was tough, very tough. Even his characteristically controversial auto-biography was titled I Don’t Bruise Easily.

Brian Close, who passed away on September 14, 2015, was one of the toughest men to have played the game. Arunabha Sengupta pays homage to the Yorkshire and England cricketer with one of the longest careers.

We remember him as the bald-headed brave-heart, the quintessential Yorkshireman, who never flinched even when struck the most painful of blows. And with his passing at the age of 85, we grieve the departure of one of the last of the old school.

Be it walking down the wicket to Wes Hall’s pace like fire at Lord’s in 1963; or standing up to Michael Holding’s vicious thunderbolts aimed at his heart as a 45-year-old in 1976; or crouching at suicidal positions near the bat, hardly blinking when struck on the forehead by a fearsome pull — that is the image of Brian Close that lives on. He was tough, very tough. Even his characteristically controversial auto-biography was titled I Don’t Bruise Easily.

He had not always been bald-headed. In fact, he had been the youngest Test cricketer for England, way back in 1950-51, when Freddie Brown’s team had travelled Down Under. He had been a prodigy at 17, even among the hardened Yorkshiremen, bowling seam and off-spin while batting left-handed with a variety of strokes. At the same time, he had turned out for Bradford City, Leeds United and finally Arsenal in football. He was a phenomenal all-round sportsperson.

Perhaps he was pushed into international cricket way too soon. A horrid tour of Australia ensured that he played through the next 27 seasons of First-Class cricket with just a few sporadic Test match appearances. However, he served Yorkshire with enough distinction for years and years to remain perennially knocking on the doors of national selection.

His returns to the Test side were brief and almost always riddled with controversy. A fatal sweep stroke at Old Trafford in 1961 continued to haunt him all his life. But his stature as skipper of the northern county side ensured the mantle of captaincy of a battered England side in 1966.

He led seven Tests, was victorious in six and drew one — winning the series against Pakistan and India and triumphing in the only Test he led against the supreme West Indians under Garry Sobers. He was a shrewd captain and one of the most successful ones. Why, he even managed to coax Geoff Boycott to play a spectacularly strokeful innings in the Gillette Cup final of 1965. And yet, the continuing stigma of controversy, this time slow over rate in a county game at Edgbaston, meant that he never led England again in a Test match.

There were problems at his home county, too, which led him to move to Somerset. Into his 40s, he kept scoring runs, taking the occasional wickets and leading with aplomb. In 1972, he was rewarded with England captaincy in the three One Day matches against Australia. England won the series 2-1.

Finally there was one last SOS from the England side, when he was drafted to combat the fastest and the most lethal of pace bowlers. He was 45 and was instrumental in saving England from defeat at Lord’s with knocks of 60 and 46. Pushed to open in the Old Trafford Test, he was battered by the express pace, but as usual did not even rub his chest on being hit. The picture of Close at the end of the day, with his bare torso showing the welts and contusions of valour, has become legendary.

He made his final serious cricketing appearance in 1986 at the age of 55, in a festival game at Scarborough. Apart from that he played a part in the administration of cricket as a Test selector and the chairman of the Yorkshire County Cricket Club. He remained controversial to the end: one of his final manoeuvres was to bring closure to Boycott’s First-Class career. Almost every man in cricket, from the universally loved Denis Compton and Len Hutton to the equally controversial Fred Trueman and Boycott fell out with him some time or the other.

But, that was Close in a nutshell. Greatness in the county circuit, occasional forays for England, touched by bravado and smeared in controversy, and flashes of promise mired in inconsistency. Yet, even the most volatile of cricketers swore loyalty and loved to play under him.

His familiar, ageing face was a regular sight at the international and important county matches at Headingley. The splendid Headingley Lodge within the premises of the ground has a suite named after him. He was as much part of Yorkshire cricket as the Len Hutton gates.

He never understood how a cricket ball could hurt someone. “I used to get hit, but the ball only remains on your body for a moment. How painful can that be?” he used to ask.

We hope his death had been as instantaneous and he was as impervious to the final pain as he had been throughout on the cricket field. 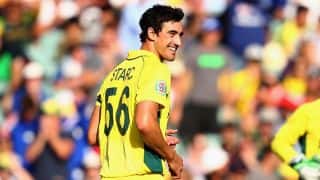 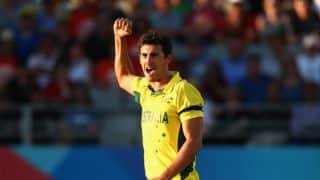