The conventional average is dependent a lot on batsmen’s performances where he was unbeaten.

The conventional average is dependent a lot on batsmen’s performances where he has remained unbeaten. There have been attempts to use a new measure to rank batsmen Abhishek Mukherjee delves deeper in the matter.

Barry Richards (no less) has recently shown his dissatisfaction on Facebook on the existing method to calculate batting averages. In his opinion the ideal ratio should be the ratio between runs scored and innings batted. Let us consider the batsmen with over 2,000 Test runs and consider their batting averages:

As expected, Lara, Weekes, and Hobbs (in other words, the men with low not outs) have very little deviation. Bradman’s average drops significantly, but he still remains way clear of the next man on the list, Pollock (who is marginally ahead of Weekes). Along with Hobbs, the other usual suspects —Sutcliffe and Sangakkara — rank high as well.

What is wrong with this measure?

Batsman A scores 50 and a duck.

Batsman B scores 49 and zero not out.

The usual average gives the batting averages as 25 for A and 49 for B. By the new index we get 25 for A and 24.50 for B, which is somewhat flawed, since remaining unbeaten on zero cannot be B’s fault.

What, then, is a better measure?

Let us try to find out the root cause of the problem: the usual complaint is about batsmen getting a boost in batting averages based on not outs. The usual argument is that a single 50 should not be treated equal to 50 runs from ten innings after getting out once. A perfect example of this is Australia’s batting charts from the Ashes tour of 1953, where Bill Johnston managed to top the charts simply by remaining not out:

What, then, is the way out?

Arunabha Sengupta has suggested the application of Kaplan-Meier method used commonly in survival analysis. That is obviously an excellent tried-and-tested method, but is unfortunately not the easiest of concepts to explain to the world.

This article tries to come up with another method. Let us ask ourselves this question: how many runs do we expect from a batsman with a significantly long career when he walks out to bat?

Let us leave Don Bradman out of this question. Consider Tendulkar, the man with the largest data size. While an entire nation expected him to score a hundred every time he had walked out to bat, the fact remains that he has scored 51 Test hundreds in 329 innings; in other words, a hundred every 6.45 innings.

Does this mean that Tendulkar has performed below expectations? No. We need to set our expectations right.

How much should we expect? The average, is it not? One may argue that one should expect our new Index (runs/innings) when a batsman goes out to bat, but should we expect Tendulkar to score 54 when India requires, say, 30, or are likely to declare in the next couple of overs?

This changes the rankings, but not significantly. Do note the rise for Lara and the drop for Chanderpaul. That should keep the anti-not outs happy.

Moral of the story:

Whatever you do, Bradman remains beyond the reach of all mortals. 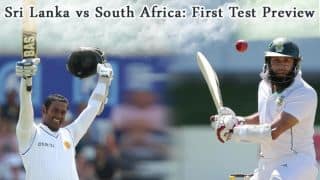 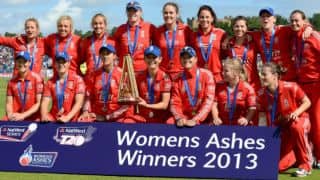