Indian Government recently decided to give one million dollars to build a cricket stadium in Kandahar.  It is a huge boost for Afghan cricket, which is making headlines in the cricketing world for right reasons for quite a few times now. But can cricket unit this war-trodden nation? Sandipan Banerjee finds out more.

Cricket was once used to be called as the game of elites. Centuries back, only the upper class of the society used to play this “rich man’s game”. But who have imagined this so called game of Maharajas would become a ray of hope to unite a war-trodden nation, Afghanistan?

Though Afghans learnt their cricket from their neighbours, Pakistan and India, they could not play it on their soil, because the Taliban had banned sports like cricket and football when they ruled Afghanistan. Most of the current Afghan cricketers learnt cricket in the refugee camps of Pakistan. In the post-Taliban era the Afghan cricketers finally got their recognition.

Since then Afghanistan never looked back. They moved from division five, the lowest for international one-day cricket to one of the major teams in the associate level. In last 13 years The Nawroz Mangals, the Mohammad Nabis, the Noor Ali Zardans crossed every barrier and now they are the household names in their country.

Since the fall of the Taliban, the Afghans had qualified for two ICC World T20s, one Asia cup, and have beaten teams like Zimbabwe, Bangladesh and Ireland. In the under-19 level they won against giants like Australia and Pakistan, and their proudest moment will perhaps be their qualification for ICC World Cup 2015. What a record for nation which is more known for suicide bombers and Drone-air-strikes!

The Hamid Karzai government identified cricket as one of its major tools to bring the nation together and rebuild it after the NATO forces will leave late this year. According to Taj Malik, the promoter of cricket in Afghanistan (some even called him the father of Afghan cricket), cricket can become the solution of most of problems of the nation. But to do well consistently they need to develop their infrastructure. Which requires investment.

Pakistan Cricket Board (PCB) had provided a lot of help and infrastructural support to the Afghanistan Cricket Board (ACB) in past. Now the Indian government also decided to give one million dollars to build a cricket stadium in Kandahar, the place which is associated with some bad memories. Though It’s a diplomatic decision, but it’s good gesture.

It’s time for the other countries and cricket boards like Board of Control for Cricket in India (BCCI) to put up their hand and help Afghanistan cricket, which seems to have lot of potentials. Afghans have suffered lot of pain, now it’s time for them to experience some happiness, which their cricket team can provide them. Now the Afghans can also celebrate their team’s success in the streets. They can also have something to cheer for. 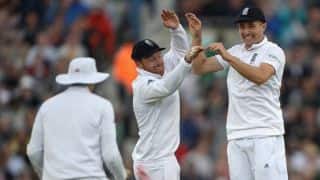