India is a cricket-playing nation, where emotion works more than logic.

India is a cricket-playing nation, where emotion works more than logic. It doesn’t really matter whether they lose 10 Tests in a row or wins one or draw three. What matters is whether the stars score, whether the young bowling stars pick wickets, and whether the fans get enough opportunities to make plenty of social media jokes. With three days to go to the Asia Cup 2014, it will be interesting to see whether the interest of the fans shifts back to cricket after two disappointing series.

What will happen if India wins Asia Cup 2014?

India had suffered a bad run at the last Asia Cup, losing to Bangladesh, the minnows of the tournament. They didn’t make it to the final of the tournament. Moreover, coming back from two One-Day International (ODI) series defeats, India will be playing without their regular captain MS Dhoni.

Leading the side in the Asia Cup will be Virat Kohli, who has been touted as the next Indian captain. He has had better run as a captain against Zimbabwe when Dhoni was given a rest. If India wins the Asia Cup under Kohli, not only will it be a good boost for the team going ahead in the ICC World T20 2014 but it will be a big experience for Kohli. One should remember India will be up against Sri Lanka and Pakistan. Sri Lanka is riding high on their recent success in Bangladesh. Pakistan’s bowling attack will be a major worry for India. And not to forget, India will face Afghanistan, who have caused worry for India the last time they had played each other.

Plus, the win will help Indian fans forget the recent failures (at least for some time).

But does that actually change anything?

It is Tests where India’s main worry lies. Since their decline from their brief stay at the summit of the World Test Ranking India has fared poorly. In fact, they have not managed to win a single Test series outside India since 2011.

A series win outside India not only makes everyone happy but it also motivates youngsters like Shikhar Dhawan, Ajinkya Rahane and Virat Kohli to do well.

India’s main worry has been playing Test matches outside India. Winning the Asia Cup would really not make a lot of difference. Going ahead, India will face Australia and England, which will be a big challenge and the limited-overs cricket doesn’t really prove whether India will do well in the upcoming Test series.

Moreover, with a year left for the ICC World Cup 2015, one should remember that Asia Cup and ICC World T20 are being held in the Indian subcontinent and conditions will be much different from what they will be in Australia.

Tough challenge lies ahead of the young Indian team led by Kohli. The Asia Cup result will only be a balm on the wounds of the players and the fans over time will forget the pains of losing against New Zealand (New Zealand are No 7 in the ODI rankings and India are No 2, ouch!). 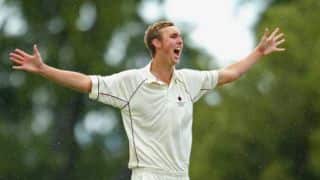