The pressure of a high run-chase could influence the team into including Richard Levi.

It was a tough start for Cape Cobras in the Champions League T20 2014(CLT20) losing to an in-form Northern Knights. Abhijit Banare looks at Cobras’ team composition ahead of the match against Hobart Hurricanes.

The runners-up of the Ram Slam T20 will look to open their account against Hobart Hurricanes who too lost their first match against Kings XI Punjab. After their bowlers were thrashed by some quality batting, the pressure was immense to catch up on the 200+ run-chase. But the pressure followed by rain washed away any hopes of a comeback for the South African side. Let’s look at the batting and bowling options and where they would look to make a change.

Batting: This is one area where there’s not much to change much. Stiaan Van Zul and Hashim Amla are a good opening combo. One is an aggressive batsman while Amla is more fluent with ground strokes. The pressure of chase forced them to send Robin Peterson as pinch-hitter but the usual batting could be Omphile Ramela, skipper Justin Ontong, keeper Dane Vilas and Justin Kemp to end with a flourish. If there was any change to be made, then possibly Richard Levi could be squeezed in at the top. However, that change would be only if the Cobras feel that they need an extra boost while chasing. Apart from that their batting looks set.

Bowling: In the previous match against the Knights, the Cobras’ bowling comprised of Rory Kleinveldt, Vernon Philander and Charl Langeveldt in the pace department. Aviwe Mgijima and Kemp contributed in medium pace along with Ontong bowling the part-time off-spin. Though it looks like a good attack, the Cobras seem to have more than required pace option. Obviously, they were looking to play to their strength but after the first game they would have realised that they need to look at the conditions before choosing the XI. Though the three leading seamers went for runs like many others, the Cobras wouldn’t like to make any changes there. Those are three best pacers which any team would accept but they need to find the fuller length more often especially when there’s not much movement. They’ll be playing at Hyderabad now and that wicket will give some assistance to pacers who will look to bend their backs a bit. The difference that can be made is in spin.

Along with Robin Peterson, they would prefer to include Dane Piedt. Slower bowlers to get some assistance and that could prove a better option than allowing the batsmen to go after a pacer. Piedt could replace Mgijima.

Changes: The pressure of a high run-chase could influence the team into including Richard Levi who can get them off to a powerful start. They would look to add another spin option in Dane Piedt for an all-rounder. Apart from that, the Cobras would not want to fiddle too much after just one loss. 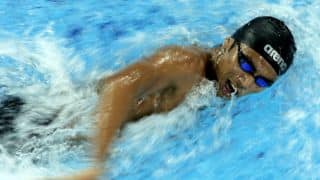