Having lost their respective first matches, the two teams will be eager to open their account in CLT20 2014.

Having lost their respective first matches of the Champions League T20 2014 (CLT20), Cape Cobras and Hobart Hurricanes will be eager to open their account on the points table. Sameer Jha looks at some key battles in the match.

Hashim Amla vs Doug Bollinger: Hashim Amla may not be as fearsome in T20s as he is in Tests or ODIs, but he can still provide a more than steady start by taking singles and getting boundaries at a brisk rate. His timing and strokeplay is arguably amongst the best in the world today, and he will look to make full use of his skills in the game against Cobras. However, Doug Bollinger, who bowled well against Kings XI Punjab (except in his last over where he was taken apart by George Bailey and Thisara Perera) will look to make things difficult for the Cobras’ opener. He took the wicket of Virender Sehwag in the very first ball of KXIP’s innings in the last match, and would want to inflict similar humiliation on Amla too.

Justin Ontong vs Ben Laughlin: The Cobras skipper Justin Ontong didn’t get to bat in the match against Northern Knights as the match was decided by Duckworth-Lewis method due to rain. He’d be raring to go against the Hurricanes,  but will have to contend with Ben Laughlin who was reasonably economical against the big-hitting batting line-up  of KXIP. Laughlin also took the crucial wicket of Glenn Maxwell.

Ben Dunk vs Vernon Philander: Ben Dunk was just looking to get going against KXIP, when he got out playing a big shot to Thisara Perera. He’d be hoping for better sense and judgment against Cobras, and help himself to a bigger score. Dunk will have to deal with Vernon Philander, who sent two Northern Knights’ batsmen (Daniel Flynn and Daryl Mitchell) back to the pavilion for ducks in his last match.

Shoaib Malik vs Charl Langeveldt: The former Pakistan captain is still a force to reckon with in T20s and is capable of hitting balls outside the boundary line at a steady rate. Malik hit five sixes in an over against Hong Kong shortly before CLT20, and did well for Barbados Tridents in CPL too. He’d look to take the attack to the Cobras bowlers, and Charl Langeveldt is one man who’d relish the challenge.  Langeveldt took two wickets, bowled a brilliant 19th over and wasn’t very expensive in the game against Northern Knights. 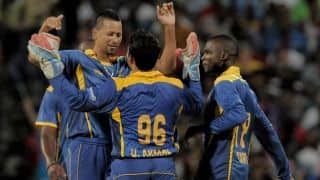 CLT20 2014: We need to work on our fielding, says Barbados Tridents' Raymon Reifer 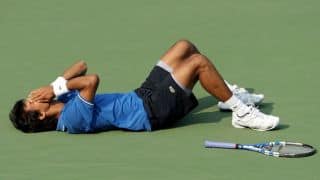