He was a cricket captain, football international, the world record holder for long jump and a classical scholar.

CB Fry was an England cricket captain, football international, the world record holder for long jump and a classical scholar. These were a few of his remarkable deeds in a life worth living. Arunabha Sengupta writes about the man’s incredible insights into football tactics and strategies which were remarkably ahead of his times.

Charles Burgess Fry. Apart from being one of the most accomplished technicians of batting, an England captain during the experimental Triangular Test series, and the legendary batting partner of KS Ranjitsinhji at Sussex, he was famously a man of many more exceptional talents.

One knows that in 1892 he broke the British long jump record with a leap of 23 feet 5 inches. And a year later, he equalled the world mark of 23 feet 6 and 1⁄2 inches, thus far held by Charles Reber of the United States.

And then he was a classical scholar, a noted conversationalist and, although he did not participate in competitive athletics after his Oxford days, his favourite parlour trick remained leaping backwards from the floor on to a mantelpiece — performed with feline agility till he was well into his seventies.

Some of the other stories we hear about Fry are obviously far-fetched. His being approached with the offer of becoming the king of Albania was much less dramatic than made out to be. And the speech he wrote for his Ranji at the League of Nations did not really drive Mussolini out of Corfu. The decision had actually been taken elsewhere, and the one definite effect of the speech was that the three Italian delegates who were due to have lunch with Ranji cancelled the appointment citing headaches.

However, it is true that Fry was also a footballer of considerable ability, who represented his country in the sport and characteristically spent many a fruitful hour analysing every bit of the game.

In his young days at Repton School, he was a defender with exceptional pace and captained the football team. Yes, he was also the skipper of the cricket eleven. He was still at school when he started playing for the Casuals, the famous amateur team, and turned out in the FA Cup for them at the age of just 16. He later led the Oxford University football side, and joined the Corinthians —  another famed amateur side — representing them in 74 matches between 1891 and 1903.

Egged on by dreams of playing for England, he also joined professional outfit Southampton Football Club – the Saints – conveniently located close to his home. He made his debut for this side in late 1900, and was a part of the Southern League winning team of the 1900-01 winter.
On March 9, 1901, Fry was picked as a full-back for England against Ireland at Southampton.

Another Southampton pick for that match was goalkeeper Jack Robinson. Unfortunately it would be quite true to state that Fry’s career for England was over before one could proverbially say the goalkeeper’s name. He played in just that one international match.

In the following season, Southampton reached the FA Cup Final and drew 1-1 against Sheffield United. Unfortunately, they lost 1-2 in the replay. Fry was impressive in his Cup outings and played in all the games. A classical defender with a pleasing run, with time he improved his heading considerably through tireless training. However, his positional play was often criticised and his rather limited availability prompted Southampton to release him in 1902. He played three matches for Portsmouth before retiring from football due to injury in 1903.

As could perhaps be expected of a man of his analytical abilities, Fry was as keen a student of football as he was of cricket. In the late 1890s, the Corinthians — mainly GO Smith the centre-forward — focused on passing forward on the run as the defining feature of their style. Fry summarised the approach with the words, “The whole line of forwards is on the run together. Until it loses the ball or shoots at goal, it does not stop. Much of the scientific and exceedingly clever short passing of the professional forwards involves stopping and dodging backwards, a method which often retains the ball but also retards the wave of attack.”

It was Smith who transformed the role of the centre-forward from an individual striker to a unifier of the forward line and, ultimately, the whole team. Fry can be considered as one of the major influences behind these rather innovative tactics.

Apart from this development, Fry was way ahead of his times in conceptualising other tactical manoeuvres as well. As early as in 1897, he referred to the use of the centre-half in a purely defensive capacity, championing the rather radical concept of the third back. In the Encyclopaedia of Sport and Games he wrote, “Sometimes when a side is a goal or two ahead, and it is thought advisable to play a purely defensive game, a third back is added by diminishing the number of forwards … with regard to the shift of withdrawing a forward and putting an extra back, there is much to be said: that three backs are extremely hard to get through … but unless the players thus moved are versatile and capable of performing satisfactorily the duties of their altered positions … it is certainly unwise to play a third back, unless the extra man is a capable player in that position.”

CB Fry the analyst thus championed a development which made its way into the accepted football strategies only in the 1920s, and then made a surprising return in the early 1980s. He was a genius. 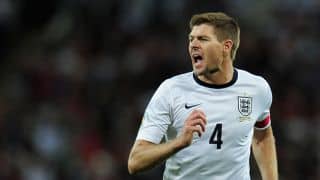