Delhi Daredevils (DD) have qualified for the semi-finals, but if you re one of the supporters hoping they will go the distance, then there is something to be concerned about. Not only have the Daredevils never won a semi-final, they ve been battered heavily every single time. 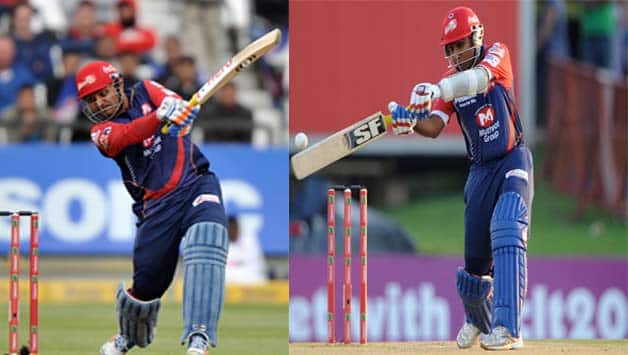 Before the commencement of this year s Champions League (CLT20), there was a lot of hullabaloo about four Indian teams taking part in the competition, and a few eyebrows were raised regarding the qualifying process. Surely, the chances of an Indian team winning the tournament was high and some went to the extent of labelling the CLT20 as an extended version of the Indian Premier league (IPL). However, three of the four teams Mumbai Indians (MI), Kolkata Knight Riders (KKR) and Chennai Super Kings (CSK) – failed to start on a right note and their late blossom didn t help much.

Only the Delhi Daredevils (DD) have qualified for the semi-finals, but if you re one of the supporters hoping they will go the distance, then there is something to be concerned about. Not only have the Daredevils never won a semi-final, they ve been battered heavily every single time.

After a dream-like start to their campaign, DD lost steam as the tournament progressed, but nonetheless scraped through to the semi-finals by securing a slender one-point lead over MI. They were now up against one of the dark horses of the tournament in the form of Rajasthan Royals (RR), led by a stalwart named Shane Warne. A line-up featuring Virender Sehwag, Gautam Gambhir, Tillakaratne Dilshan and Dinesh Karthik was expected to steamroll any opposition, but sadly that wasn t meant to be.

Sehwag won the toss and chose to field, and perhaps the match was lost at that very moment. Swapnil Asnodkar, Shane Watson and Yusuf Pathan made mincemeat of DD s bowling by posting a massive 192 on the board. In reply, DD never looked up to the task, losing their first four wickets for just 28. It was only a matter of time before Warne, Watson and Munaf Patel ran through the middle and lower order. DD eventually ended their innings on 87, thereby handing victory to RR by a huge margin of 105 runs.

RR went on to trump CSK in the finals and win the first edition of the IPL.

DD put on an indomitable performance throughout the league stages, topping the table comfortably. Their opponents in the semi-finals were Deccan Chargers (DC) – a team that finished last the previous season and managed a backdoor entry into the knockout stages this time around. Put in to bat first, DD lost two quick wickets in the form of Gambhir and David Warner with no runs on the board. But skipper Sehwag, Dilshan and AB de Villiers steered the team to a formidable 153.

In a semi-final or a final, even a target of 150 is considered to be a daunting task, and the Daredevils would have been hoping they d posted enough. However, they were taken apart by a man named Adam Gilchrist. As one of the newspaper headlines aptly reported the next day – ‘Gilly bulldozes Dilli .

DC reached the target with 14 balls and 6 wickets to spare, as Gilchrist finished his innings on 85 off just 35 balls. DC too went on to eventually clinch the title.

After a gap of two years, DD once again stormed into the knockouts, topping the table yet again. They played their first qualifying match against the second-ranked KKR, and lost by 18 runs. Nevertheless, by virtue of being the top-ranked team, DD had yet another chance to make the finals. They were up against CSK a team that had blown hot and cold throughout the tournament.

For reasons best known to him, Sehwag put CSK into bat on a flat track at the latter s home ground. In a line-up boasting big names like Michael Hussey, Suresh Raina, Mahendra Singh Dhoni, Albie Morkel etc., Murali Vijay turned out to be the unlikely hero, scoring 113 off just 58 deliveries. CSK finished with the scoreboard reading 222 for five in 20 overs. In reply, DD faltered in a regrettable fashion, conceding victory by a margin of 86 runs. Yet again, DD s campaign hit a roadblock against the run of play.

This year, DD has topped its group, albeit in the CLT20, and is scheduled to meet Highveld Lions the local favourites. They also have a different captain in Mahela Jayawardene, as Sehwag has forgone the post to concentrate on his batting. Nevertheless, it is a semi-final, and DD will be aware of its past record. Can a change in captain finally bring about a reversal in fortunes for them?

CLT20 2012: Delhi Daredevils vs Titans match abandoned due to rain