In a tournament involving 12 teams, four of them are from India which is unfair.

The Champions League T20 (CLT20) is scheduled to kick off in less than a week. Despite its billing of a marquee event, it is perhaps not as big a tournament as it ought to be. Shiamak Unwalla considers the merits and demerits of having the event at all.

1. Hardly any buzz about the tournament: In spite of it having as many as four Indian Premier League (IPL) teams — three in the top eight and one with a chance of qualifying — there is little to no buzz surrounding the tournament. With India’s tour of England, a gruelling, high-profile series has just ended. Teams like Sri Lanka, Pakistan, Australia, and South Africa have played a lot of cricket recently as well. Even West Indies is currently playing a Test series against Bangladesh. What this means is that the cricket fan has hardly been deprived of a good contest in recent times. As a result, CLT20 is hardly creating a buzz, and is unlikely to grab a lot of eyeballs at the moment.

2. Lack of representation: There are 12 teams involved in CLT20 2014, with eight of them having already qualified, and two of the other four progressing to the final tournament. Of these 12 teams, as many as four are from India, while South Africa and Australia boast two sides each. That means that three countries take up eight spots out of 12. While West Indies, Pakistan, Sri Lanka and New Zealand have one token side respectively, there are no teams from England or Bangladesh. This brings us to…

3. Too many IPL sides: In a tournament involving 12 teams, four of them are from India. Kolkata Knight Riders (KKR), Kings XI Punjab (KXIP), and Chennai Super Kings (CSK) have already qualified, while Mumbai Indians (MI) will be pitted against Lahore Lions (Pakistan), Northern Districts (New Zealand) and Southern Express (Sri Lanka). This puts India, as a cricketing nation, at an obvious and unfair advantage over other countries since that makes them twice as likely (in the case of South Africa and Australia) and four times as likely (in the case of the rest) to enjoy bragging rights of being “champions.” That in turn leads to…

4. Non-IPL sides not at full strength: For whatever reason, a lot of foreign players prefer turning out for their IPL sides rather than their domestic sides. Kieron Pollard, captain of the Caribbean Premier League-winning Barbados Tridents will be playing against his home side (assuming MI progress to the final 10). In fact with Rohit Sharma’s injury, Pollard will most likely lead MI. Meanwhile, Lasith Malinga, captain of Southern Express, will also turn out for Mumbai Indians. CSK’s leading run-scorer of IPL 2014, Dwayne Smith, was also a part of the victorious Tridents, but will be appearing for CSK. Apart from them, David Miller (Dolphins) and Jacques Kallis (Cape Cobras) will also play for their respective IPL sides rather than their domestic sides.

Players like Dwayne Bravo and Samuel Badree (Trinidad and Tobago Red Steel), Sunil Narine and Lendl Simmons (Guyana Amazon Warriors) might have had to choose their sides as well, had their CPL teams been in the tournament. Again, this gives the IPL sides an unfair advantage, while leaving the other domestic teams severely crippled with the loss of their big players.

5. Lack of star attraction: Barring the four IPL teams, there is little star attraction in any other side. While Cape Cobras boasts of well-known international players like Hashim Amla and JP Duminy, most of the other sides lack big, recognisable names. This does not mean that the teams themselves aren’t exciting — after Mitchell Marsh’s astounding assault on Dale Steyn in the recently-concluded Zimbabwe Triangular Series, he is a name to watch out for in Perth Scorchers — but it does reduce the star quality one would hope for in a Champions League.

(Shiamak Unwalla is a reporter with CricketCountry. He is a self-confessed Sci-Fi geek and cricket fanatic who likes to pass his free time by reading books, watching TV shows, and eating food. Sometimes all at the same time) 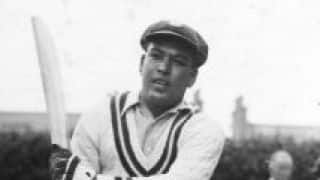 Mumbai Indians in CLT20 2014: A quality side that has the potential to go the distance