Champions League T20 (CLT20) 2014: Kuldeep Yadav's dramatic debut for Kolkata Knight Riders (KKR) shows he is one for the future

The 19-year-old wrist spinner had already made his presence felt in the Under-19 World Cup.

Kuldeep Yadav made his debut for Kolkata Knight Riders (KKR) against Lahore Lions in the Champions League T20 (CLT20) 2014, ending with impressive figures of one for 21 in four overs. However, he bowled even better than the figures suggest. Shiamak Unwalla writes about the young Chinaman who first made waves in the ICC Under-19 World Cup 2014.

Kolkata Knight Riders (KKR) scraped through in their match against Lahore Lions. Had they fielded properly and batted calmly, the victory would have been achieved with far more ease than it was. Sunil Narine was, as usual, quite sublime — figures of 4-1-9-3 don’t happen every day — and ensured that Lahore never built any momentum.

But despite that spell, the one player who stood out immediately was young left-arm Chinaman Kuldeep Yadav. The 19-year-old wrist spinner had already made his presence felt in the ICC Under-19 World Cup 2014 played earlier this year, where he emerged as the tournament’s second-highest wicket-taker with 14 victims in six games.

Kuldeep was brought on immediately after the powerplay overs. He started off with a wide ball down the leg side. The next ball beat Nasir Jamshed’s forward defensive. Jamshed took a single off the second legal ball of the over. Ahmed Shehzad — batting on 32 off 22 balls having dominated the bowling till then — then stepped out and looked to drive against the turn; the ball, however, turned the other way. Had Manvinder Bisla not failed to collect the ball, Shehzad would have been stumped by a mile and a half. Kuldeep proceeded to beat Mohammad Hafeez with another googly off the final ball of the over.

Sadly for Kuldeep, the KKR fielders continued to let him down. A straightforward shot to the deep which should have yielded just two went through the fielder for four. A skier that should have been taken easily was fluffed. Another chance went a-begging when Yusuf Pathan was not swift enough to reach the ball on time. One feels that a better fielder — perhaps Suryakumar Yadav or Ryan ten Doeschate — would have put in an extra effort to take it.

The last man who had a successful career as a left-arm Chinaman — the effervescent Brad Hogg — is now well into his 40s, and his googlies still bamboozle the best of batsmen. Kuldeep too had been earmarked for big things by those who saw him flummox batsmen with his turn and variations during the Under-19 World Cup. Seeing him bowl to a senior side full of reasonably good players of spin made one feel that this unique talent has a lot to offer to Indian cricket.

In a country rich in its spinning traditions, Kuldeep is a part of a surprisingly rare demographic. If he can continue putting up performances like this, he could well go down as the pioneer of a brand new facet of Indian spin. 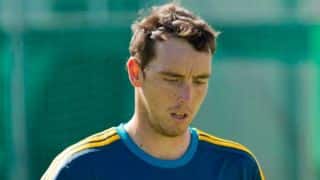