Born November 24, 1930, Chandrakant ‘Chandu’ Patankar was a plucky wicketkeeper who managed to play a solitary Test. Abhishek Mukherjee looks at the man whose Bombay career was unfortunately sandwiched between two stalwarts.

The mid-1950s saw Naren Tamhane taking on the big gloves behind the stumps for Bombay from Madhav Mantri. Chandrakant Trimbak “Chandu” Patankar, Tamhane’s friend at Ruia College, missed out in the process, and had to remain in the background throughout the rest of his career.

Watching the elegant Patankar behind the stumps was a treat for sore eyes. At 5’9” he was neither too tall nor too short, and captured the spectator’s imagination with his nimble, often spectacular footwork and adroit movement. The selectors, of course, went for the more efficient Tamhane.

The selection does not take the sheen off Patankar’s abilities. Had he moved elsewhere he would have definitely had a distinguished career as a wicketkeeper, but chose not to. Instead, his two-decade First-Class career lasted a mere 26 matches, in which he claimed 37 catches and 20 stumpings. He also scored 503 runs at 15.71 with a hundred.

His Test career, however, was confined to a solitary match. The simultaneous co-existence of Tamhane and the extravagant Nana Joshi meant that he never stood a chance to make a comeback.

Patankar was born in Pen. His father was a doctor, and young Chandu had to take his studies rather seriously. His cricket talents showed at an early age, and Patankar announced himself in the Rohinton Baria Trophy of 1949-50 as an opening batsman: he did not do anything spectacular, but had ten victims from three matches and scored 58 in the final.

Somewhat surprisingly, he was drafted into the Bombay team to make his First-Class debut against the touring Commonwealth XI, and followed it with another for Indian Universities against the same opposition. He had three stumpings in the first innings of the second match, all off Deepak Shodhan.

With Tamhane missing the 1953-54 semi-final against Madras, Patankar made his Ranji Trophy debut. He failed with the bat, but finished with 4 victims, 3 of them off Vinoo Mankad. After another First-Class match, against Baroda, Patankar was summoned out of nowhere to make his Test debut — against New Zealand at Eden Gardens — following an injury to Tamhane.

It was only his seventh First-Class match. Bombay’s second wicketkeeper had suddenly found himself keeping wickets for India as Bombay’s first wicketkeeper was ruled out of the Test side.

India were shot out for 132 after Polly Umrigar decided to bat. Batting at No. 9, Patankar scored 13 before John R Reid claimed him; and was one of only four men to reach double-figures. He also helped Jayasinhrao Ghorpade put up 37 for the eighth wicket.

A hundred from Reid gave New Zealand a lead of 204. Patankar had an excellent show behind the stumps, and finished with 4 dismissals: he caught Gordon Leggat, Bert Sutcliffe, and Jack Alabaster, and stumped Tony MacGibbon. He is one of three wicket-keepers with 4 victims in his debut innings. Unfortunately, the other two men were Joshi and Tamhane.

New Zealand, down 0-1 in the series after a defeat in the second Test, tried their best to fight back, but their efforts were thwarted by hundreds from Pankaj Roy and Gulabrai Ramchand, and fifties from Nari Contractor and Vijay Manjrekar. Umrigar set New Zealand a stiff 234 from 95 minutes, and almost won the Test in the process as Dattu Phadkar, Subhash Gupte, and Mankad turned out to be more than a handful. They finished on 75 for 6.

A fit Tamhane was back for the final Test at Chepauk, and India won by an innings and claimed the series. Patankar never played another Test.

Patankar returned to his sporadic appearance for Bombay. Playing for Maharana of Mewar’s XI against Associated Cement Company in the 1964-65 Moin-ud-Dowlah Trophy semi-final, Patankar scored his only First-Class century — a round 100. He tried his luck for Maharashtra in 1966-67, but without much success. He hung up his boots after the Moin-ud-Dowlah Trophy of 1966-67.

Having done his MSc (as per Richard Cashman’s Patrons, Players, and the Crowd), Patankar was one of the most qualified Indian Test cricketers. He worked for BEST (for whom he played the famous seven-day long Times Shield final of 1961), Killick Indus, and Laxmi Vishnu at different points of time in his career. 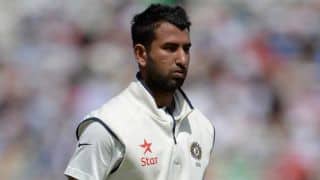 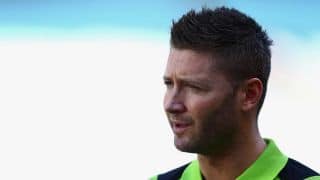 Michael Clarke denies retirement plans; hopes to be fit in time for 1st Test against India