Days after Mithali Raj became the first Indian — male or female — to score 1,000 Twenty20 runs, England skipper Charlotte Edwards, overtook Brendon McCullum to become the first cricketer to score 2,000 runs in the shortest format of the game. But the milestone got no attention. Sudatta Mukherjee writes out why Charlotte’s achievement should be celebrated more than a male cricketer.

A month prior to the start of ICC World Twenty20 2014, our deputy editor alerted us that Brendon McCullum might just become the first man to score 2,000 T20 runs in international cricket. The alert led to some quick research and it was found out that Charlotte Edwards was also fast closing in on scoring 2,000 T20 international runs. One expected McCullum to get to the mark because he was well ahead —McCullum needed some 41 runs against Charlotte’s 79 runs — and also because of his ability to go ballistic.

But Charlotte went past McCullum and on Friday emerged as the first cricketer in world of cricket to score 2,000 T20 international runs. She scored a brilliant 80 (69 balls, 11×4) to steer England Women to a 79-run victory over Bangladesh in the ICC Women’s World T20 2014. Apart from praising she received for her knock, no one noticed the fact that she became the first cricketer — male or female — to get to the milestone.

Sports is one area where equality of race, culture, country, sex, etc. is promoted more than any other field. However, over and over again women cricketers have not got the same kind of appreciation their males counterparts receive.  It’s unquestionably unfair.

Women cricketers get male attention, but for all the unwanted reasons. After winning the Women’s Ashes 2013-14, Charlotte was criticised for her comments on BBC Radio. She had said that she would celebrate the win by “getting smashed”. Eventually, she was criticised and former teammate Isa Guha came to her rescue, defending her by stating that, “Our Ashes heroine Charlotte Edwards is not a big drinker. But she deserves to celebrate tonight.”

She, however, found some support from fans, one whom tweeted, “Well done @bbc5live, Charlotte Edwards retains the Ashes and you’ve turned it into a sexist debate by questioning her ‘getting smashed.’ ”

If a  male cricketer, say a Virat Kohli or Rohit Sharma,  had made a similar remark, no one would have questioned or criticisted the player.

No one ever criticised former England star Andrew Flintoff for celebrating their 2005 Ashes win by going on a 24-hour bender. Few journalists even called his binge drinking as a ‘cool’ thing. Not a single word was said about the event and he is unconcerned about the his pictures of merry making on the front pages of newspapers in United Kingdom.

Scoring 2,000 T20 runs may not be be a huge achievement, but the duplicity that exists between male and female cricketer is what irks. And this is not being a feminist; it’s all about fair play.

Sports is one area where equality of race, culture, country, sex, etc. is promoted more than any other field. However, over and over again women cricketers have not got the same kind of appreciation their males counterparts receive.  It’s unquestionably unfair

While someone commented that women cricketers play more T20 cricket their male counterparts, one should also remember that it is simply because the ICC and local boards have done very little to schedule as much Test and ODI cricket as their men cricketers. For example, Charlotte has played 14 T20Is, 11 ODIs and two Tests in the last 12 months. Compared to her, McCullum has played 6 T20Is, 17 ODIs and nine Tests. While Edwards has played 27 international matches in the last 12 months (across all formats), McCullum has played 32 matches, a difference of five matches. The figure five may appear to be very small, however, the difference is of six ODIs and seven Test matches, compared to Charlotte eight T20Is.

Both the England men and women’s team are playing the ICC World T20, but both teams are not getting equal recognition. Ignoring Charlotte’s achievement is proof of that. 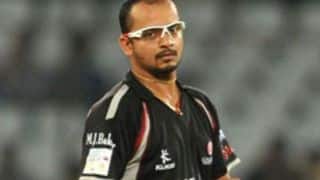 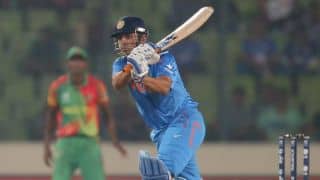 ICC World T20 2014: MS Dhoni says it was important for him to bat up the order