With the retirement of Charlotte Edwards, the England women's team will go through a transition phase.

There have been players who have brought laurels to their nation by performing splendidly, being with the team in all its transition and some who give their all for the benefit of the team. In cricket, we have had such icons like Sachin Tendulkar, MS Dhoni, Rahul Dravid, Sourav Ganguly, Wasim Akram, Steve Waugh, Ian Botham etc. If we take into account the influential players from the women cricket, one name is sure to pop up, the former captain of the England cricket team, Charlotte Edwards. Announcing her retirement from international cricket, Edwards has done her country proud more often than not. READ: Charlotte Edwards retires from international cricket

Debuting for her country in 1995 against the Black Caps, she became the youngest player ever to feature for England. Ever since her arrival, she has looked a complete player, who matured with time. Scoring heavily in her early days, she was still sidelined due to injuries, but made her comeback in the national side quickly. Edwards was handed over captaincy seeing her growth as a cricketer and better understanding of the game. In 2006, she became full-time captain and had a dream run as skipper. She always kept the interests of the team before anything and got the best out of her players, in the process. Charlotte Edwards is widely regarded as a captain who gives enough chances to youngsters and retired at the right time as she understands the team needs to be built from scratch for its future assignments.

Under her captaincy, England women’s team won the ICC World Cup and ICC World T20 in 2009 in Australia and England, respectively. Her performance with both bat and ball, apart from managing the team, has been widely applauded. In the ICC World T20 2009, she was the third highest run-scorer with an average of 34.75. Edwards also bagged the captain’s role in the ICC World Cup XI, depicting her caliber as a leader. Her record against arch-rivals, Australia, in the Ashes has also stood out. England retained the Ashes under her thrice in 2008, 2013 and 2014. In her last major tournament, she led England to the semi-finals of the ICC World T20. She lifted the intensity of her team in major tournaments  and that can be justified by her records in ICC events. More often than not, a skipper loses his/her form owing to the pressure of captaincy but Edwards made all the noise from her willow even after attaining the top job. With 5992 runs under her belt in the ODIs, she is the leading run-scorer in women’s cricket. On the other hand, she has scored more number of runs (2605) in T20 cricket, than any other player in the world, including both men and women which speak volumes about her abilities.

On hearing her retirement news, ECB Chief Executive, Tom Harrison, said, “Charlotte has been at the heart of the England Women’s team and a major force in international women’s cricket for two decades. She is a credit to her country and our sport, and deserves nothing but celebration and enormous respect for the way in which she has played the game over the last 20 years.” She not only earns the respect of her board, team members but also of her senior players like Clare Connor. She stated in an emotional tone,” It is impossible to quantify Charlotte’s contribution to England women’s cricket in a few words, so great has her influence and inspiration been as a leader, and so prolific her record as a batsman. She has given everything to playing cricket for England and the game will forever owe her a huge debt of gratitude.”  Leading her troops for a long period of 10 years is indeed commendable and she deserves all the applause coming her way post her retirement.

It is a sad day for England Women’s team as a legacy has called it quits but they know it is for the betterment of their game as they are heading into a new phase post the Edwards-era. She has been the flag-barrier of the side for long and retired selflessly to give ample time to the youngsters. The celebrated captain will continue to play domestic cricket, captaining the Southern Vipers in the inaugural Kia Super League this summer alongside leading Kent in the Royal London Women’s One-Day Championship. 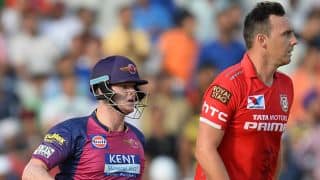