The spin-duo of Piyush Chawla and Kuldeep Yadav will look to make sure that Raina doesn’t inflict carnage on them.

Chennai Super Kings (CSK) will face Kolkata Knight Riders (KKR) in the finals of Champions League Twenty 20 (CLT20) 2014 at M Chinnaswamy Stadium in Bengaluru on Saturday. The two teams have faced each other plenty of times in the past (the most recent being the CLT20 opener which KKR won) and share an intense rivalry. In their previous five meetings, CSK have won three times, while KKR have emerged victorious on the other two occasions. However, past records will hold little relevance as both teams will look to bring their best game in the championship decider. Sameer Jha looks at some of the key battles that may prove crucial.

1. MS Dhoni vs Gautam Gambhir (Captaincy battle): It will be interesting to peek into the minds of Dhoni and Gambhir to find out what they really think about each other. However, that privilege is unavailable to us. What we can see though, is how their brains compete in a strategic battle as both of them will look to outsmart each other. Both players know each other, and each other’s teams well enough to hold a few aces up their sleeve in the final.

2. Dwayne Smith/Brendon McCullum vs Pat Cummins: Both Dwayne Smith and Brendon McCullum gave CSK a steady start in their last match against KKR. Their responsibility in the finals will be bigger, as a good start will give the team momentum to get to a huge total, whereas a bad start will certainly give the KKR bowlers confidence and put pressure on the batsmen . They’ll have to face the ire of Pat Cummins (he was dropped after conceding 49 in four overs against CSK earlier in the tournament) who is a likely candidate to replace Sunil Narine as the fourth foreign player in the KKR side. Cummins, would like to make full use of the opportunity, and his first responsibility would be to stop Dwayne and McCullum.

3. Suresh Raina vs Piyush Chawla/Kuldeep Yadav: A lot of the success that CSK has achieved since its inception, can be attributed to Suresh Raina. He has been an absolute juggernaut in the middle-order for CSK and will certainly be a matter of concern for the KKR management ahead of the final. The spin-duo of Piyush Chawla and Kuldeep Yadav will look to make sure that Raina doesn’t inflict carnage on them, and hope to maintain composure to bounce back in case he does.

4. Robin Uthappa vs Ashish Nehra: Robin Uthappa’s consistency at the top for KKR, is one of the major factors behind the 14-match winning streak that they are currently enjoying. He is pushing for a place in the Indian side, and knows that a performance against MS Dhoni’s men in this match, will certainly help him make an impression on the Indian captain. For CSK, 35-year-old Ashish Nehra has been bowling superbly and giving them the early breakthroughs. He had finished with figures of four for 21 against KKR in their previous encounter. His performance in the semi-final against Kings XI Punjab (KXIP) was impressive too. Nehra knows that he doesn’t have a lot of years left to play at this level. He will look at the finals as probably his last chance at glory, and thus give it his all. 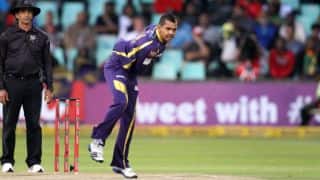 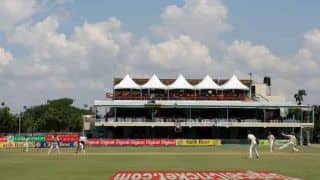