It’s a do-or-die clash for CSK if they are to remain front-runners for semi-final spot.

A star-studded Chennai Super Kings (CSK) will be under pressure to end their league stage with a win over Perth Scorchers and stay as front-runners for the semi-final spot n the Champions League T20 2014 (CLT20). In such a high pressure match, there are bound to be some key battles to watch out for. Abhijit Banare looks at some likely face-offs.

Dwayne Smith-Brendon McCullum vs Nathan Coulter-Nile & Jason Behrendorff: These two pacers created the opportunities early in the innings against Kolkata knight riders (KKR). Though Coulter-Nile came as a first-change bowler, skipper Voges wouldn’t mind getting his two best pacers upfront when a pair like McCullum and Smith will be looking forward to getting yet another explosive start. Practically, there’s nothing that can stop these two guys (McCullum-Smith) when they are in the groove. But the variations of Coulter-Nile especially the slower ones could be one of the useful weapons against someone like Smith who is more aggressive than McCullum at the start.

Adam Voges-Craig Simmons vs CSK pacers: In the reverse battle, it would be the Perth openers up against three CSK pacers. Going by recent records, CSK’s all Indian pace attack comprising of Mohit Sharma, Ishwar Pandey and Ashish Nehra have looked off-colour. Though they have displayed some good performances, but when they fail they get tonked for so many runs that it’s enough to irk an otherwise cool MS Dhoni. Voges and Simmons have accumulated lot of confidence from the performance against KKR. If they manage to smack a few against CSK pacers, Dhoni will be quick to insert his reliable spinners.

Ravichandran Ashwin vs Mitchell Marsh: At present, Marsh is one of those batsmen in international cricket where nothing seems to go wrong for him. Coming in at No 3 after a strong opening pair, Perth have thrown their weight on top-order to power them ahead. Ashwin on the other hand relishes new challenges and is often given the ball when things are going tough. It won’t be a surprise to see Ashwin come on to bowl early to Marsh. His early dismissal would also mean

Suresh Raina vs Brad Hogg: Raina in yellow jersey is a different man altogether and there’s little to argue about it when you look at his records. He has looked confident in both matches played and the success in England has only added more fluency to the big hits. At 43, Hogg is still sharp, clever with his variations and the batsmen still struggle to read him. Watch out for the one that zips away from the left-handed Raina. Hogg against any batsmn is an interesting clash but getting CSK’s best batsman at the top early will be the key to Perth’s bowling in rest of the innings.

MS Dhoni vs Yasir Arafat: The Pakistani pacer has been considered to be a reliable death overs bowler. He was off target against KKR but he does have some consistency when it comes to bowling yorkers. But when you are up against Dhoni, it’s more of a psychological battle than skill. Dhoni, along with Dwayne Bravo have been instrumental in finishing off with a flourish. If Arafat and other bowlers in death overs manage to stifle Dhoni, then Perth would’ve gained an upper-hand if they are bowling first. If CSK happen to be chasing a score then, the Perth bowlers will be have to be on their toes as these batsmen will never let go off anything easily.

With each player being a match-winner in the CSK batting line-up, the Perth bowlers are likely to have enough things to worry about. At the same time, Perth’s best chance of winning is to chase as CSK’s bowling hasn’t stuck well together. But you can’t do much when the opposition scores over 200 which CSK did against Dolphins. An exciting match on the cards and the pressure is sure to influence the performance. 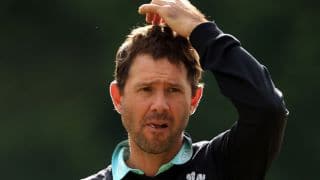