Chennai Super Kings (CSK) have two of the leading wicket-takers in Indian Premier League (IPL) 2015: Dwayne Bravo, who holds the Purple Cap, and Ashish Nehra, who is joint second.

Chennai Super Kings (CSK) have two of the leading wicket-takers in Indian Premier League (IPL) 2015: Dwayne Bravo, who holds the Purple Cap, and Ashish Nehra, who is joint second. Shiamak Unwalla feels that the sheer depth CSK have in their bowling is one of the main reasons they qualified for their eighth successive IPL playoff.

Ravindra Jadeja played all the matches for India in ICC Cricket World Cup 2015. He bowled a total of one over in the first two games of IPL 2015. This was not due to his indifferent form, but because he was simply not needed. He went for 49 in four overs in his third match but CSK still won.

The depth in the CSK bowling attack can be seen from the fact that they have, on average, as many as seven bowlers capable of bowling their full quota of overs. Ashish Nehra and Ishwar Pandey usually share the new ball. Mohit Sharma comes on as the first change. Assuming only two of the three pacers play, Ravichandran Ashwin, Ravindra Jadeja, and Pawan Negi are then used as spinners. Five of these six bowlers are usually in the playing XI at any point. Then there is the more than useful part-time spin of Suresh Raina; and of course, the Purple Cap holder, Dwayne Bravo.

CSK have been well served by Nehra, who has shown that he still has a couple of years’ worth of cricket left in him. While he has never been supremely athletic, Nehra’s match fitness has actually been quite impressive given his age. At 36, Nehra is still bowling at a good pace and getting the ball to move around enough to cause problems.

Mohit and Pandey have been largely back-up bowlers, whose jobs are to ensure that not too many runs are scored off their bowling. Neither has been in particularly wicket-taking form, but they have not bled runs either.

Coming to the spinners, Ashwin has been by far the best. Though he has only taken nine wickets in 11 games, he has conceded a mere 5.73 runs per over. Of all bowlers who have bowled at least 10 overs in IPL 2015, he is the most economical by a huge distance. Jadeja and Negi have not been nearly as effective, but as a whole the spin trio have done a good job. Barring the 25-run penultimate over against Mumbai Indians (MI), Negi has been more or less effective, while Jadeja’s spell of four for 11 against Rajasthan Royals (RR) was a match-winning one.

Meanwhile, Bravo has usually come on to bowl in the latter half of the innings, and given that he bowls almost exclusively in the death, has gone for an excellent 7.95 runs per over while taking 20 wickets from 14 games. What is truly outstanding about CSK is that despite Bravo being the Purple Cap Holder, he has bowled only 41.2 overs in 14 games, which means that he has not bowled his full quota of overs more than once. In fact, he bowled only two overs in CSK’s last two games.

CSK may or may not win IPL 2015. Their batting will be slightly weakened by the departure of Brendon McCullum, but their bowling remains as potent as ever. CSK have traditionally been a strong batting unit whose frailty lies in the bowling, but if they have proven anything this year, it is that their bowling can more than hold their own. 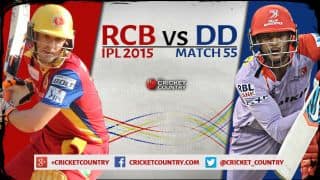