Overall, it was an emphatic performance from the ‘Men in Yellow’ as they proved themselves the prime contenders in the league.

Chennai Super Kings has always been top contenders for the Indian Premier League title, owing to their consistency of reaching the Playoff, each and every season. Ayush Gupta takes a look at one of the clinical performance again by the former champions in IPL 2015.

Even if one is not a  supporter of the Chennai Super Kings (IPL), he/she has to admit that they indeed are the most consistent team in the lucrative Indian Premier League (IPL). One can might as well compare them to the dominating Australians of the last decade, or with Brazil in world football. The common factor once again comes is the ‘Men in Yellow’, and they have dominated the tournament, undoubtedly. READ: Mumbai Indians in IPL 2015: All’s well that ends well

Having claimed consecutive IPL crowns in 2010 and 2011, CSK have dominated the league ever since its inception in 2008. Having played in the Playoff on most of the occasions, many wonder what their mantra of consecutive success is. Well, the answer is simple: it is their policy of maintaining the tradition of a different brand of cricket which they are known for, along with retaining most of their match-winners, thus not disturbing the momentum with a major overhaul. READ: Inconsistent RCB pay price of being dependent on few players

CSK were off to a positive start, winning their opening three games. It was followed by a loss and another three-game wining streak as they confirmed a Playoff spot, following a 12-run win over former champion, Rajasthan Royals (RR) at home. CSK qualified for the final, following a three-wicket win over Royal Challengers Bangalore (RCB) in Qualifier 2 at Ranchi, after they lost Qualifier 1 to Mumbai Indians (MI) by 25 runs in Mumbai. READ: Why the Knight Riders failed

Considering the performance of CSK’s batting line up, the batsmen came up with some quantifiable performance. With the likes of world-class batsmen like Brendon McCullum, Dwayne Smith, Faf du Plessis, Suresh Raina, MS Dhoni and few more, the irrefutable performance is surely expected in the seasons to come. READ: Inconsistency hampers Delhi’s progress again

New Zealand skipper, McCullum, who seems to be in the form of his life at present, came up with an accelerating performance and finished as the team’s highest run scorer with 436 runs, along with a strike rate of 155.71 and an average of 33.53, that included a century and a couple of half-centuries.. He is followed by Dwayne Smith, du Plessis, Raina and Dhoni in the table. READ: Kings XI Punjab in IPL 2015: Tale of riches to rags

Considering the bowling performances, it was again brilliant  from Dwayne Bravo, Ashish Nehra, Ravichandran Ashwin and Mohit Sharma to an extent. Bravo topped the chart once again, not just for CSK, but also in the whole tournament as he claimed the Purple Cap for being the highest wicket-taker in the tournament. He claimed 26 wickets for 426 runs in 17 matches with an economy of 8.14 and an average of 16.38 as his best figure reads 3 for 22. READ: SRH rue over-reliance on top order, inconsistent selection

Apart from these usual performances, there were few great highlights in the field from the CSK players as well as it was Bravo, who came up with a stunning performance on the field as he claimed a number of spectacular catches. He has a total of 13 catches and shared the honour with Ravindra Jadeja as well for this season.

The most surprising performance of the season was from Indian pacer Nehra, claiming 22 wickets for 449 runs in 16 games with an economy of 7.24 and an average of 20.40, as his best figure reads 4 for just 10. At one point, he was well the front-runner for the Purple Cap.

Overall, it was an emphatic performance from the ‘Men in Yellow’ as they proved themselves the prime contenders and competitors in the league. Even though they lost the final to Mumbai Indians emphatically, they indeed are a champion team as their consistent run in the league with impressive performance and fair play, for which they won their record sixth award. Their achievements truly make them a must watch and most supported team in IPL, despite the controversies in the past which they seem to have left behind. 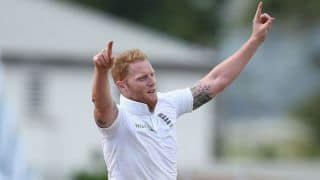 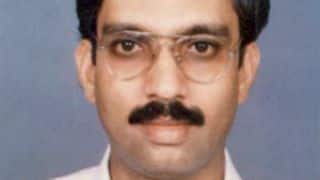