MI off to a flyer: MI openers Parthiv Patel and Lendl Simmons continued their excellent form into this game as they put on 90 runs for the opening wicket. Parthiv was the first to go for a 25-ball 30, but Simmons carried on his good start and scored 65 off just 51 deliveries.

CSK strike back: MI were well on course to get past 200, but CSK struck back with a couple of wickets in the middle overs to restrict CSK.  Hardik Pandya and skipper Rohit Sharma were the batsmen who were dismissed in quick succession. MI were not in a particularly bad position at that time but it certainly pegged them back a notch.

Kieron Pollard’s late flourish: When Pollard came in, MI lost a couple of wickets at the other end. But that did not stop the big guy from smashing the ball to various parts of the ground. His  included five huge sixes and a four, which took his side to an excellent score.

Umpiring blunder kicks off CSK innings: Umpire Kumar Dharmasena made a horrendous decision in the first over of the CSK innings when a full toss struck Dwayne Smith on the pads. The ball was clearly going down the leg side, but umpire Dharmasena thought otherwise and raised his finger. The CSK innings therefore began on a bad note as they were one down for none in the fourth delivery of their innings. IPL 2015 Highest wicket-taker: List of best bowlers in IPL 8

Harbhajan Singh’s double strike: CSK were in a decent position as Michael Hussey, Suresh Raina and Faf du Plessis had added some sort of stability after the loss of an early wicket. But, in the 11th over Harbhajan sent Raina and skipper MS Dhoni of back-to-back deliveries to get MI right back into the game. CSK were reduced to 86 for four with over 100 runs still to get.  IPL 2015 Highest run-scorer: List of best batsmen in IPL 8

MI’s good show on the field: Dwayne Bravo was out run out after some excellent work in the deep, first by Mitchell McClenaghan, who threw the ball accurately to the wicket keeper. Parthiv then, courtesy of some quick thinking hit the wicket directly at the non-striker’s end, which left Bravo well short of his crease. MI, other than the one dropped catch by Malinga, took all the catches and were more than decent on the field. IPL 2015: Schedule with venue details

MI qualify for the final: MI have a chance to win their second IPL title when they take on the winner of the Qualifier two. They had a horrid time at the beginning of the tournament but have now won nine of their last 11 games and rightly deserve a chance to play in the final. IPL 2015: Complete Coverage 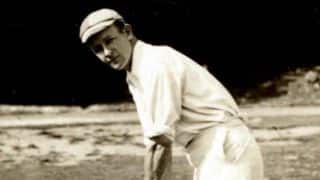