Chetan Chauhan: 14 facts to know about the former India opener

Chetan Chauhan: 14 facts to know about the former India opener

Chauhan is remembered for forging a successful opening partnership with the great Sunil Gavaskar.

Chetan Chauhan, born on July 21, 1947, was an opening batsman who represented India in 40 Tests. Chauhan is remembered for forging a successful opening partnership with the great Sunil Gavaskar. Post retirement, he has been an administrator, coach and a politician. Nishad Pai Vaidya picks 14 facts to know about the former India opener.

1. Starting off in Pune: Though Chauhan is remembered as a Delhi stalwart, he took his initial steps in the game in Maharashtra. Having lived in Pune as a youngster, he went on to play for West Zone Universities and then for Maharashtra in the Ranji Trophy.

2. Playing for an India XI against International XI: In 1968, Micky Stewart led an International XI to India which comprised the likes of Dennis Amiss, Roger Tolchard, Khalid Ibadulla and Tony Greig, to name a few. Chauhan played in a game against them representing India XI. He scored a duck and 31, opening the batting with Budhi Kunderan in both innings.

3. Most Test runs scored without a ton for a top order player: Shane Warne leads the list of players of who have scored the most Test runs without scoring a century. He scored 3154 runs in 145 Tests with a best of 99. However, Warne was a bowler and usually batted down the order. Chauhan was an opening batsman and played 40 Tests, and scored 2084 runs with a best of 97. In the list of most runs without a Test hundred, Chauhan is only second to Warne. Chauhan had scored 16 fifties, out of which there were two 90s and five 80s.

4. A four and a six to begin his Test career: In 1969, Chauhan made his Test debut against New Zealand at the Brabourne Stadium, Mumbai. Statistician Bharath Seervi notes that Chauhan took as many as 25 minutes to get off the mark in Test cricket. His first scoring shot was a four through the off-side and he then hooked one later for a maximum off Bruce Taylor. Thus, Chauhan s first two scoring shots in Test cricket were boundaries.

5. Prolific partnership with Sunil Gavaskar: Chauhan went on to become an ideal foil for Sunil Gavaskar at the top as they amassed 3127 runs at an average of 54.85 in 60 innings in tandem. They had 11 century stands in total, of which 10 were for the opening wicket. Their best opening stand of 213 came at The Oval Test of 1979, where Gavaskar s double nearly inspired India to an unlikely victory while chasing a huge score. Chauhan s career ended in 1981. At that point of time, the Gavaskar-Chauhan tandem were the third most successful pair in Test match history, behind Bill Lawry-Bob Simpson (586 runs ahead) and Jack Hobbs and Herbert Sutcliffe (239 ahead).

6. Abrupt end to Test career: Chauhan s last Test came on the tour to New Zealand in 1980-81. Speaking to The Hindu, Chauhan said, “I don’t know why they did that to me. It was not loss of form because at the end of that tour of Australia and New Zealand I had outscored almost every other Indian batsman, except Sandeep Patil. I had an average of 41.50 but was dropped for the next series against England. That really shocked me.”

7. Political ambitions: Chauhan s international career finished in 1981 and he played his last competitive match in 1985. He then moved into politics, joining the Bharatiya Janata Party (BJP). So far, he has been elected as a Member of Parliament (MP) twice from Almorah in Uttar Pradesh.

8. Coaching and playing in Adelaide: In the 1980s, Chauhan joined the Adelaide Cricket Club in the dual capacity of player and coach. Chauhan told The Hindu, “I was captain-coach of the club for a little over three years. Those days, when payment for cricketers in India was not very attractive, the money there [Adelaide] was good. My job in ANZ Bank and the performance bonus from each match fetched me a decent pay packet. I got to play some very good cricket. Players like Gordon Greenidge and Rodney Hogg played for us, and it was fun.”

9. Managing the Indian team: Chauhan has been appointed the manager of the Indian team on more than an occasion. His two most notable assignments were against Australia. In 2001, he was the team manager when India beat Australia in that historic Kolkata Test to turn the series around. In 2007-08, he was at the helm during the acrimonious tour Down Under that saw the Monkeygate scandal.

10. Adelaide s unfortunate connection: While Chauhan has good memories of Adelaide, given that he played some cricket there, he also has had to deal with the sadness of losing his 19-year-old son, Karan, in an accident in that city. When Chauhan was appointed manager of the Indian team to Australia in 2007-08, he told NDTV, “I lost my son. He was a young kid and we loved him. But I will be going back. I will go the place where he met with the accident and where he died, and I will go to the place where he was cremated. I went last year too and I have made a promise that I will go every year.”

Chauhan has been associated with veteran s cricket post retirement. He has been chief of the Board of Veteran Cricket in India (BVCI).

14. NIFT Chairman and the controversy: In June 2014, Chauhan, a BJP member, was appointed as the chairman of country’s premier fashion institute NIFT. With little or no experience of fashion industry, Chauhan’s appointment kicked up a storm as social media users trolled him left, right and center, accusing the government of doing a favour on its party member. 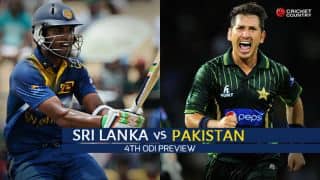 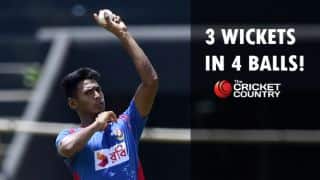