One cricketer many remember for that one ball, but records show that there's lot more to him.

Chetan Sharma, born January 3, 1966, is a former India all-rounder who had his moments under the sun at the highest level. Despite a few memorable performances, he is more remembered for being a victim to Javed Miandad’s fateful six at Sharjah. Nishad Pai Vaidya looks back at the all-rounder’s career.

Sometimes, life can be cruel. Ask Chetan Sharma, the former India all-rounder. Although his career has seen highs such as the first hat-trick by an Indian in One-Day Internationals (ODIs), a century at No 4 in 1989 and a series victory in England, many remember him as the bowler who was smashed for a six off the last ball on that fateful day in Sharjah in 1986. In the 1980s, he was one India’s leading bowlers and yet, it boiled down to that one moment. But, keep that one delivery aside and you see an all-rounder who had great promise and had his moments under the sun at the highest level.

Born January 3, 1966 in Ludhiana, Chetan took to cricket at a very early age as he was under the tutelage of the famous coach Desh Prem Azad. He was in good hands as Azad had mentored the likes of Kapil Dev and Yograj Singh to name a few. Having started at an early age, Chetan made rapid strides and was a part of the North Zone under-15s side in 1980. He continued to play for various age group sides in the two years that followed. In 1982, he toured the West Indies with an Indian Schools side featuring Maninder Singh and Lakshman Sivaramakrishnan to name a few.

In 1982, he made his First-Class debut when he played for Haryana in the Ranji Trophy. That season was memorable for him as he took 27 wickets at 22.85 in six matches. The form continued into the next season as he took 51 wickets in nine matches at 19.15. It was in 1983 that he made his ODI debut against West Indies at Jamshedpur and recorded figures of 3 for 60. He continued to rise through the ranks and played his first Test against Pakistan at Lahore in 1984. He had now nearly established himself in the Indian side with a few consistent performances with the ball. One of the most memorable moments early in his career was the Benson & Hedges World Championship of Cricket victory in 1985. He played only the final (Roger Binny was injured) and took 1 for 17.

In 1985, Chetan continued to consolidate his spot. In India’s defeat to Sri Lanka at Colombo in a Test match, he recorded his first Test five-for. Later that year at Adelaide, he was summoned as the nightwatchman and he scored 54 in a partnership with Sunil Gavaskar. That was proof of his ability with the bat.

However, then dawned that moment at Sharjah. Chasing 246 to win the Austral-Asia Cup, Pakistan kept tottering and only Javed Miandad fought the battle. It all boiled down to the last over and ultimately the last ball. Needing four to win, Miandad got a full-toss from Chetan and it was carted over the ropes for six. Chetan had tried the Yorker, but it went as a juicy full-toss and was fully utilized by the batsman. The scars of that defeat were fresh for years as India struggled to beat Pakistan. Chetan bore the brunt of the public ire and it did have an effect on the 20-year-old.

Despite that, not many credit Chetan for his remarkable comeback. Although he had gone through a harrowing phase, he was back to help India win a Test series in England. At Lord’s, his fifer helped India bowl England out for 294. They ultimately won with Dilip Vengsarkar scoring a ton. He missed the second Test at Headingley, but came back for the Edgbaston Test and his 10-for completed a memorable triumph. That Test was drawn, but England had no chance of a consolation victory.

However, things changed after that as he struggled to maintain consistency in Test cricket. He took only one more fifer against West Indies at Mumbai in 1987 and by 1989, he had played his final Test at the age of 23. In ODIs he continued to deliver. The biggest highlight in 1987 was his hat-trick against New Zealand in a World Cup game at Nagpur. Ken Rutherford, Ian Smith and Ewen Chatfield were all bowled as India bundled out the Kiwis for 221 and then Gavaskar took over to score his only ODI ton.

Chetan had to wait for nearly two years for his next big milestone. When India hosted the Nehru Cup, India faced England at Kanpur. After the tourists put up 255, India were 2 for 65 when they decided to send in Chetan. He hadn’t scored a fifty in ODIs till then, but on that day, he sped away to 101 not out off only 96 balls as India overhauled the target with 11 balls to spare. Interestingly, he played only three more ODIs, before being shown the door from the side.

Chetan did manage two comebacks thereafter as he returned for the ODIs on the tour to South Africa in 1992 after a fantastic domestic season. His final salvo in international cricket was two years later when India hosted a tri-series with New Zealand and West Indies being the other two teams. Those comebacks were results of good performances in domestic cricket, but it didn’t amount to much on the highest stage. He then moved to Bengal in 1993 and played for them until 1996.

After his First-Class days, he played a few corporate matches and a few games for the India seniors. However, he is a known face on television and is seen airing his views on the games as an expert in numerous panels. He is one cricketer many would remember, albeit for that one ball. But, the records would show that there is a lot more to remember. 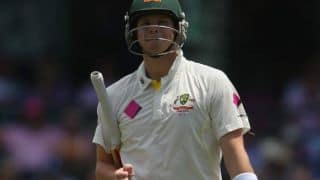