Cheteshwar Pujara is undoubtedly the ideal Test match batsman with excellent temperament and numbers to match. However, Arunabha Sengupta wonders if this label of Test match specialist is selling him short in the domain of One Day Internationals.

The enduring poise in whites, the placid calm when he takes guard at the wicket. The apparently endless reservoirs of patience, the temperament that radiates from his willow and persona. There is no doubt that Cheteshwar Pujara embodies the principles of Test match batting more than anyone else of his generation.

He gives the impression that he can bat forever. It is this quality that perhaps leads to the rather contestable claim that he is the new Rahul Dravid in spite of copious difference in their technique and approach. After all, Dravid famously negotiated the highest number of deliveries in Test cricket, playing a whopping 123 deliveries between dismissals. At the current moment, after having stamped his class on the arduous shores of South Africa, Pujara boasts a corresponding figure of 126 balls before losing his wicket. Yes, he is indeed the ideal Test match batsman.

Yet, is this very aura of imperturbable tranquility selling this splendid batsman short?

The other great Indian batting hope, Virat Kohli, has so far appeared in 22 Tests and 129 One-Day Internationals (ODIs). In contrast, the respective numbers for Pujara are 17 and a pitiable two. The two matches he played in blue were against a club-class Zimbabwe as an opening batsman, in a largely experimental outfit, and that too after the series had been securely wrapped up and in the bag.

Since then, the Indian batting has struggled to cope with deliveries that have bounced past the chin or darted around on the grassy foreign wickets. And this one batsman who seems to possess the game to score against such alien challenges has been left adding sheen to the reserves bench.

Is this the result of the very common Indian trait of typecasting? Has Pujara been unfairly branded a Test specialist?

Let us look back at some of his Test exploits. On his debut, he was famously promoted by captain MS Dhoni in an inspired move while chasing a tricky fourth innings target against Australia. Coming in at number three, he had struck the ball fearlessly, essaying some adventurous, adrenaline surging pull shots. The 72 thrilling runs had come hurtling from just 89 balls.

Since then big hundreds have flowed, twice stretching past the 200 mark. And apart from one lone hand against the guile of Monty Panesar and Graeme Swann at Mumbai, every other innings of substance has come at a decent clip. Be it the 204 against Australia or the 153 at Johannesburg, none of the knocks have been laboured or slow.

He may give the impression of being rooted to the wicket, but Pujara seldom goes into a shell. That is the secret of his colossal average of 66.25. His strike rate remains a healthy 52 in Tests, 10 more than the man with whom so many parallels are drawn.

One particular instance eloquently demonstrates the versatility of his game. Against Australia in 2013, as India chased another modest fourth innings target at Delhi in an attempt to secure the series 4-0, the visiting bowlers ran in with the last vestige of residual pride. That day Pujara played an unbelievable innings, scorching drives suddenly punctuated by swaying back and guiding Mitchell Johnson over the wicketkeeper for four. When wickets started to fall in a hurry, he drilled Glenn Maxwell for three consecutive boundaries to effectively seal the issue.

This is a batsman who has been brought up on every shorter format of the game. In spite of that he has managed to maintain the purity of his Test match approach. At the same time, he has also retained the ability to improvise whenever required.

Pujara s propensity to post enormous scores in First-Class cricket is legendary. Perhaps not so widely known is the briskness of his huge knocks.

Pujara s propensity to post enormous scores in First-Class cricket is legendary. Perhaps not so widely known is the briskness of his huge knocks. His 352 against Karnataka was scored in just 427 balls and his 306 against West Indies A in 415.

It is well known that at present Pujara stands second only to Don Bradman in terms of average among batsmen with more than 20 Test innings. The selectors, and most of the cricket following, have chosen to ignore that he is also second on the list in Limited Overs List A cricket, his average of 54.57 upstaged only by Michael Bevan s 57.86.

The last limited overs matches Pujara played were against the South Africa A team last August. During the series, he hit an unbeaten 109 from 97 balls at Pretoria, adding 285 runs in 33 overs with Shikhar Dhawan.

While grappling with knotty problems, the answer often lies ignored and palpably in view. Pujara is perhaps that answer to the recent ODI woes of India and their preparation for the forthcoming ICC World Cup 2015.

One merely has to rip off the unreasonable label of Test match specialist . 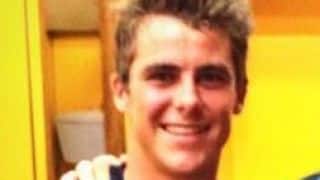