Cheteshwar Pujara is not a knight in shining armour. He instead is a glimmer of hope. You can spot him only when it is too dark.

Cheteshwar Pujara holds the bat, that he hasn’t had food for weeks, or months, or forever, like an old man struggling to lift his walking stick. He bats and bats, that days look longer, like you time-travelled to another planet. He plays slow, that it dulls your senses, like you yawn after a heavy afternoon meal.

Pujara was compared to Rahul Dravid when he was promoted to No. 3. He was called the next Wall of Indian cricket, for he is unmoved even amidst scary tremors. However, the ball does not ricochet when it meets his bat. He instead kills the velocity, letting his bat absorb the pressure applied on the ball. He dabs it so down that he does not want it to rise from the ground. Above all, he plays with soft hands, like an artist delicately painting iris with a brush.

Pujara, however, is unlike any other modern-day Indian cricketer, glamorous and headline-grabbing.

He does not sport styled facial hair in an otherwise well-groomed bearded team. Even Ajinkya Rahane and Wriddhiman Saha have grown whiskers. He does not feature a tattoo, like Virat Kohli or Murali Vijay. He does not flaunt long hair, like Ishant Sharma. He can’t hit sixes at will either, like KL Rahul.

For better choice of words, he does not have swag or lives a thug life. Pujara is traditional. He fashions an age-old arm guard. Pujara is religious. He wears thick, red-coloured thread on his right hand, suggesting he is God-loving.

Regardless, with that traditional arm guard and religious thread, he achieved something the tattooed Kohlis or powerful Rahuls never did. Pujara played 525 deliveries, while others faced 527 deliveries when Nathan Lyon, after his 452 deliveries, got a wicket, and that too of Pujara, who became the first Indian to play over 500 deliveries, surpassing Dravid’s tally of 495 and Navjot Singh Sidhu’s 491.

The series so far saw six wicketless sessions. Pujara was involved on four occasions, once with Rahane and thrice with Saha. Until this match, the series saw only one centurion, Steven Smith. The mad run-machine scored another ton in the first innings. Glenn Maxwell, supposedly a limited-overs specialist, converted his fifty into maiden hundred. Meanwhile, no Indian had reached the three-figure mark. Pujara, for that matter, came painfully close but fell short by 8 runs in the Bengaluru Test. Still, on their own land where they treat opposition bowlers as slaves, no Indian could scale a high Smith and Maxwell did. But if you play mind-numbing, tedious, gaping 525 balls, you ought to achieve something special. Pujara scored 202, scaling a high Smith and Maxwell could not, becoming the only double-centurion of the series that has been an otherwise bowler-dominated one.

Pujara added over 102 runs with Vijay their sixth 100-plus stand this season. He then saw Maxwell mocking his captain for the shoulder injury. The next ball his captain fell for his recurrent mode of dismissal: edged and gone. He saw Rahane, a batsman of his class and pedigree, play an uncharacteristic stroke. He saw Karun Nair, an international triple-centurion, knocked over. He saw Ravichandran Ashwin, world No. 2 all-rounder in Tests, fall prey to a short delivery. All in all, he stood tall when other batsmen were shaken by the Australian force.

Steve O’Keefe, the commencer of the six-wicket extravaganza, came over the wicket and Pujara left the ones bowled outside off. O’Keefe came round the wicket and Pujara padded them. Pat Cummins, whose 3 out of 4 wickets came off bouncers, could not strike fear in Pujara’s heart. Josh Hazlewood, who dissected the gap between Nair’s bat and pad, could not exploit Pujara’s weakness. And above all, Pujara silenced Lyon’s roar.

Pujara’s knock included 21 fours, most of them coming off bad deliveries. In an innings that saw conventional brand of cricket, Pujara’s eye lit up when there was an ordinary delivery, like a kid expresses excitement when offered a toffee. Pujara remained undeterred when a delivery beat him, like an adult stays unaffected by the uncertainties of life. Pujara, in all probability, displayed magnificent show of character when his team stared down the barrel.

By all means, he was lucky to have Saha to steady the ship in a rough storm. However, it was Pujara’s presence that helped Saha drop the anchor and take the team ashore.

Be that as it may, the sword forever hangs on his neck. One mistake and he pays the price. The ball goes through the bat and pad, and the talks of him not welding the ever-growing chink in his armour engage everyone in a debate. Then his ordinary overseas record, contrary to the one at home, adds more fuel to the fire. He averages only 33.36 in away matches compared to his overall 51.96.

The axe did fall on him. From being India‘s prominent Test player, he was reduced to a backup batsman.

In the first 2 Tests in Sri Lanka in 2015 season, Rohit Sharma replaced Pujara at No. 3. From taking his team out of the murky waters, Pujara was reduced to bringing drinks to his tired teammates. If truth be told, he had his share of setbacks. However, fortune smiled upon him and injured openers Shikhar Dhawan and Vijay made way for Pujara. He responded with 145, becoming the only fourth Indian to carry his bat. India won the match, and Pujara was rightly adjudged Man of the Match. In fact, that is his only overseas hundred that took India at the doorstep of series victory.

But the struggle was not over. He was dropped from the third match of the four-Test series in West Indies, citing his slow batting. This time Kohli replaced him at No. 3. The experiment failed, and India were back to the basics with Pujara in the side.

There is no shadow of doubt that he is a home-track bully. He scores runs by the bucketful in India. But when he scores, the runs come when India are in the woods. And that is when his temperament, above his wobbly technique, comes into play. There is not much finesse in his strokeplay, but his approach keeps India on course. If anything, he knows how to rise above difficulties when the chips are down.

Pujara is not the fastest of runners between the wickets. He runs as if he is being penalised by a whipper. But man, I tell you, he can bat even after his legs give up. Alastair Cook will pick up an injury, and Pujara will still be batting. Shahid Afridi will come back and retire for the nth time, and Pujara will still be batting. He loves to stay at the crease, as if he owns the ball, the bat, the gear, the ground, and then the world becomes his oyster.

Pujara is not a knight in shining armour. He instead is a glimmer of hope. You can spot him only when it is too dark.

Above all, Cheteshwar Pujara keeps Test cricket alive with his dead bat. 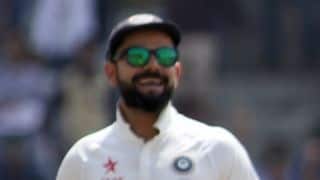 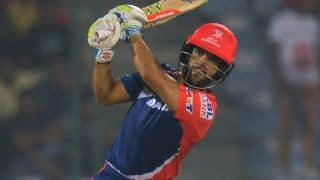