Not all can understand the depth a less limelight-hogging Pujara adds to India s batting, but those who do know the journey to his 50th Test has been as pleasant as cricket in whites on a sunny day.

Some untimely firecrackers, happy faces of people feeding sweets each other made it to the sports coverage on October 13, 2010. Their boy, Cheteshwar Pujara, had played as was expected of him, scoring 72 runs on his international debut, against Australia. Arvind Pujara, coming with a Ranji Trophy career 6 matches long, probably saw his own dream come true.

Of course, Pujara Jr was gifted. His First-Class average at the time of his debut was over 60. He was an almost certain choice for the selectors to pick him against a visiting Australia team.

Pujara had been in the radar for a long time quite obviously. Not every player scores 3 half-centuries and a triple-hundred within his first 10 innings at Under-14 level. As Saurashtra Under-14s played Baroda in national Under-14 tournament in 2001, Pujara, still not 13, remained unbeaten at 306 while his team declared on 460 for 5. Needless to say, no one came even remotely close to his score.

It is quite hard to pick any single match from his First-Class days before making debut. He loved the word consistency so much so that he owned it. He became the backbone of a not-too-star-studded Saurashtra side, and after exploring India s First-Class cricket for five years, Pujara was finally called to don the Indian jersey.

The Manhattan chart of Pujara s Test career boasts of high-rises. His first century came in at a very crucial time, which he converted to a 150. India had lost Gautam Gambhir, Virender Sehwag and Sachin Tendulkar within 125 on the board. Not many expected 159 from Pujara, who had a disastrous tour to South Africa, scoring 19, 10 and 2 in the three innings he batted in. But Pujara, in the company of Virat Kohli (58) and MS Dhoni (73) helped India put up 438 and eventually win the match against New Zealand.

That first double-hundred must have been a memorable knock. England were visiting India. The match at Motera, the closest he could play a Test to his hometown back in 2012. India had had a solid start with a hundred-run stand from the openers, but Pujara s 206 not out was almost twice the next-highest score of the innings (Virender Sehwag s 117). India declared at 521 for 8, winning the match later by 9 wickets.

He later scored two more double-hundreds, both against Australia, at Hyderabad (2013) and Ranchi (2017).

A century Pujara will probably cherish for a long is his first overseas Test ton. It had been only a couple of years since his ordinary 2010-11 visit to South Africa. This time he was more seasoned, with 2 double-centuries and 2 more centuries. However, he was yet to have a successful overseas tour.

India s first-innings score was a mere 280. Their problems against quality pacers on green tops were evident at Johannesburg. Only Kohli read the pitch well, scoring a hundred while any other batsmen failed to register even a half-century. Pujara scored 25, with barely any fault of him.

South Africa, however, could do nothing different to India s innings, putting up 244. India batted again. Shikhar Dhawan and Murali Vijay, the two openers were sent back by 100. Pujara and Kohli were out there again, alongside each other. A wrong call for a single by Kohli had ended his knock in the first innings, but they seemed to understand each other better this time. Playing with patience, the duo built the most crucial partnership of the innings. Though Kohli fell 4 short of his century, Pujara got his and even went on to score 153, a knock full of elegant shots that powered India to 421.

Four more years down the lane, and Pujara has 12 centuries and 15 half-centuries. He is a mere 34 short of the 4,000-run mark, and averages 52.18. A player whose stylish batting makes up for his simple way of living, Pujara has been India s go-to man in the longest format for his consistency, ability to hold his nerves and fight hard in odd conditions. Not all can understand the depth a less limelight-hogging Pujara adds to India s batting, but those who do know the journey to his 50th Test has been as pleasant as cricket in whites on a sunny day. 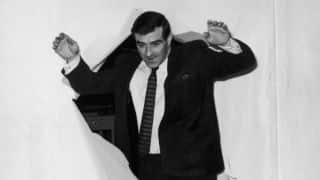