Cheteshwar Pujara is India’s best batsman on their current tour of Bangladesh. As many big-name players have been rested, it is imperative Pujara takes up the run-scoring onus upon himself. It is also important that the others in the Indian side allow him to play his natural game — even if it does not arouse the fans. Shrikant Shankar writes about the importance of Pujara for India on their current tour.

With the Indian team about to start a three-match One-Day International (ODI) series against Bangladesh sans some of the big-name players, it is a test for the ones included to show their mettle. There is a lot of inexperience in the Indian squad led by Suresh Raina. While the captain is the undoubted star-player for India in Bangladesh now, there others who have been part of the side or in the fringes long enough to lead the younger players.

Robin Uthappa, Ajinkya Rahane, Ambati Rayudu and Cheteshwar Pujara are the more experienced members of this Indian squad. There is a genuine chance that the new-look Indian side will not succeed against a full-strength Bangladesh team. While the main bowling line-up would have struggled on flat pitches, the second-string attack is sure to be more toothless. Hence, it is the batting, again, that has to win India the series. A series loss would not be accepted by many irrespective of the squad chosen.

And here is where, Pujara has to come to the fore. Pujara has made it clear that he wants to be in the Indian squad for the ICC World Cup 2015. While he is a mainstay in the Indian batting in Tests, Pujara is overlooked in the one-day format. He has only played two ODIs for India with unimpressive numbers. But India need to score big runs and Pujara has to play the sheet-anchor role. He will most-likely bat at No 3 and will have to guide the innings along.

Despite India having a relatively inexperienced batting line-up, the batsmen chosen can tonk the ball a fair distance. In the process, they might throw away their wickets. So, Pujara’s role is all the more important. Pujara will not score runs at a canter, but is capable of playing through an entire innings. If his teammates can fathom that, they can work out their batting strategies. If the rest do settle in, they are capable of taking the game away from the Bangladesh bowlers.

Pujara is India’s best technical batsman and the he can play the conditions well. His expertise is needed for India to secure an important away ODI series win with an inexperienced squad. 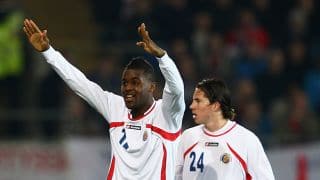 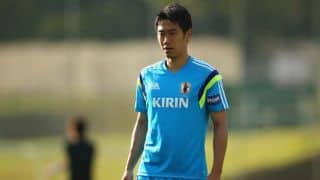