As if his brutal onslaught on the Australian bowlers at the World Twenty20 semi-final didn t suffice, Chris Gayle underlined in one cheeky presentation the x-factor of the West Indian juggernaut. He said sorry to Sri Lanka because the World Cup was West Indies'! 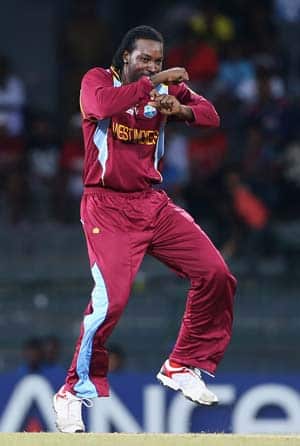 Unlike other teams that celebrate with gnashed teeth and clenched fists, the West Indies do it with a smile and Gangnam-style jig, as Chris Gayle (above) shows it Getty Images

As if his brutal onslaught on the Australian bowlers at the World Twenty20 semi-final didn’t suffice, Chris Gayle underlined in one cheeky presentation the x-factor of the West Indian juggernaut. He said sorry to Sri Lanka because the World Cup was West Indies’!

It is hard to imagine any other current cricketer saying that with a big grin on his face to the home crowd and also getting away with it. We have waited nearly 20 years for it, but the Caribbean rock show is back in town.

I have been asked before, probably by people not too familiar with their legacy, what was so special about the West Indies. Citing their formidable team of the ’80s is usually not enough to pacify such people because the past is irrelevant for them. They are entitled to that stance, because it is not just their statistical achievements during the ’80s that made the West Indies special. It is the art of winning by entertaining, winning with a smile on the face of the players as well as the spectators – that makes West Indies unique among all cricket teams.

Cricket has relied heavily on the international circuit where sports like football and basketball have ceded ground to domestic leagues. This means that jingoism is pretty much the norm in cricket. Friendly armchair conversations may be neutral and ‘objective’, but out in the stadium, it’s war it’s us vs them. That means typically the home crowd falls silent when the opposition is going great guns .because their immediate concern is the possibility of defeat for their own team. That is, except when the West Indies are on fire.

It doesn’t matter whether the fans in question are Asians or Englishmen; if there’s one team that people can root for irrespective of nationality, it’s the West Indies. Like a Maradona or Zidane in football, they enchant spectators with the unorthodox beauty of their cricket. Nobody’s going to complain about brutal bashball in Twenty20 when the West Indies batsmen demolish opposition bowling lineups, because they do it their own special way. Also endearing is their genial irreverence which is at odds with their almost frightening talent and brutal intensity. Not for them the gnashed teeth and clenched fists of the Aussies (with due respect to the great teams led by Steve Waugh and Ricky Ponting). They celebrate with victory jigs, done Gangnam style.

Perhaps, it is all the more heartwarming because they have been away for so long. Not literally away, but they have struggled to give a good account of themselves in international cricket generally and looked a pale shadow of a once invincible team, to put it mildly. But the Indian Premier League (IPL) offered the likes of Keiron Pollard, Sunil Narine and, of course, Chris Gayle a fresh platform to demonstrate their talent.

Once they became stars in their individual capacity in the leagues, it was a matter of time before, after all the usual internal squabbling, they gelled as a unit and began to play to their potential. It appears that the inspirational feats of Usain Bolt and Yohann Blake at the London Olympics also spurred them on. Or did Bolt’s professed desire to play in the Big Bash League scare them? Whatever it was, everything fell into place against old foes Australia on Friday in a glittering showcase of the Calypso brand of cricket.

Up next is Sri Lanka, the one team that well and truly outplayed and outthought them in the Super Eight. While the West Indian batting line-up could brutalise Brad Hogg and Xavier Doherty even on a turning track, the going may not be easy against wily Rangana Herath and the unpredictable Ajantha Mendis. Sri Lanka’s lower order has also swung into action in their last two games so West Indies can ill afford the complacency they showed in the closing stages of Friday’s match.

Still .the result hardly matters at this stage. It is just fantastic to see West Indies strut their stuff on the biggest stage of cricket after a long time. Is this yet another false dawn or is a rebirth in the making? Time will tell. Until then, let’s enjoy the rock show while it lasts. 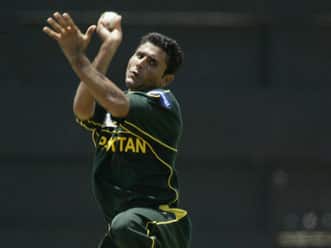