Chris Gayle is a menace at the crease and over the years has terrorised bowlers around the world.

Chris Gayle is a menace at the crease and over the years has terrorised bowlers around the world. Despite the reputation of him being a demolisher, he continues to be character on and off the pitch.

It was Gayle’s 10-ball 35 that set up Royal Challenger Bangalore’s (RCB) win on Friday night when they chased down 81 in six overs against home team Sunrisers Hyderabad (SRH). No doubt that his knock was entertaining but so was his post match celebrations.

After Kohli hit the winning six, Gayle rushed to the middle of the pitch and did push ups with seam bowler Harshal Patel counting and other members of side enjoying the act.

Last week, when he scored the hundred against Kings XI Punjab (KXIP), he celebrated like footballer Cristiano Ronaldo. Gayle’s celebration on late Friday night, also brought back memories of the West Indian side celebrating their World Twenty20 championship win in 2012 with Gangnam Style dance. 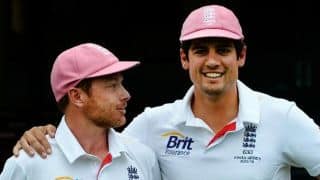 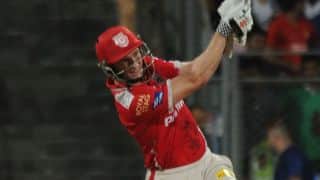