Reading the autobiography, you may even end up understanding the enigma that is Chris Gayle, the man behind those sixes and an incredible rags-to-riches story.

Let me first get the technicalities out of the way: for purists, Six Machine is an authentic book, accurate on facts, barring a couple of typographic errors that will almost certainly be sorted out in the next edition; and the descriptions are vivid and detailed enough to capture anyone’s imagination. Chris Gayle (or Six Machine, or World Boss, or Universe Boss, for he refers to himself in the third person throughout the book) is outspoken, brazen, holding nothing back, full of delicious anecdotes; and everything is pulled off with the brand of bizarre humour that his innumerable followers on Twitter and Instagram swear by. In other words, it is exactly how the perfect autobiography should be.

But the similarity ends there. Six Machine is, to put it simple, a bizarre book, the kind you have never read, or have even dreamt of reading. There are lines that make you do a double-take before you realise that the Gayle has managed to engulf you completely with a trip down memory lane, a whirlwind 275-page journey that will leave you wanting for more at the same time when you eventually finish it.

This is probably where I should ideally describe how different the book is from others, but I fall woefully short of words. I guess letting the reader sample a few lines may be a better idea:

“I’m weird. I’m a weirdo. You think you know me? You don’t know me. Yuh cyaan read me. Yuh cyaan study me. Doh’ even try study me.” This is how Chapter 1 takes off, setting the tone for the rest of the book.

“Sometimes I look at my World Boss nickname, and I like it. Other time I look at it, and I look what I have achieved in the game, and I think, how about Universe Boss?”

“The Tsar of T20, the boss of the boundary boards. I’ve been called a pioneer, and I’ll take that word, even though I’d put it another way: I’m a legend. Most people wouldn’t call themselves that, but I think I am great. Put it more simply: I am great. The things I’ve done, trus’ mi. Serious things I’ve done.”

After discussing the stuffed sparrow at Lord’s and the pigeon killed by Jacques Rudolph: “When I’m batting most birds take to the skies for a better view … When Chris Gayle is out, they’ll come back to the pitch and pick up the crumbs. To be honest, I could probably polish off something bigger than a sparrow anyway. An albatross. A hippo.”

“My advice is to swap your bat for a lighter one once you past 275.”

“The organizers call a one-day tournament. We win it. Not World Boss yet but maybe deputy of a few fine lands.”

“You see the big guns, Curtly [Ambrose] and Courtney [Walsh] and Brian Lara. I don’t fool around in those corners. I stay in my range — Wavell Hinds, Sherwin Campbell.”

On hitting Sohag Gazi for a six in the first ball of a Test: “No one was down at long-on. So in some ways it was a risk-free shot. But even if there had been a man — two men, three men, men on ladders — I would still have done it, because he was a debutant.”

“No one had ever hit a double century in a World Cup match. Six Machine is not no one.”

I can go on, but then I may end up quoting the entire book and will almost certainly end up violating copyright.

The reader takes a journey down the lanes of Kingston, to the days when six Gayle siblings shared a bedroom, when dinner used to be a fried ball of flour and water with margarine on top. You feel sorry, and yet you do not, for it is of such humble backgrounds that has given the world generations of Caribbean superstars.

There have been plenty of them, but there is only one World Boss (goodness, I am sounding like Gayle).

Make no mistake: Gayle does not miss out on the details when he discusses his childhood days. When he recalls his days at Lucas Cricket Club and the Lucas vs Kensington rivalry, he explains the significance of both clubs. He makes the reader aware of the role of Lucas in the rise of cricket in Jamaica’s black population.

Likewise, when he mentions Jackie Hendriks in the passing, he makes it a point to emphasise on his role in West Indies cricket. While he keeps talking on about his huge sixes, he refers to Albert Trott’s in 1899 (when he cleared the Lord’s pavilion), and adds: “When you think that the bat he was swinging could fit three times into the ones we use now, that deserves respect.”

Indeed, Gayle is blatant and unabashed in the book, calls himself World Boss and/or Six Machine (thus referring to himself in the third person) every alternate page or so, but behind that, despite that, there is an unmistakable warmth and humility that brings the reader closer to the person. Maybe he even understands the man behind those sixes.

The emotions show. He tries not to go overboard when it comes to his affection for his parents and siblings and childhood friends, but it is apparent. You cannot miss the respect for Muttiah Muralitharan, the gratitude towards his school teacher Ms Hamilton, the fondness for Leon Garrick, the admiration for unheralded Delroy Morgan, the disgust towards Allen Sanford, or the way Runako Morton’s tragic demise had shattered him.

On the other hand, there are virtually textbooks on how to plan long innings, session by session; which bowlers should be played out and which ones to go after; when to accelerate; the importance of remaining hydrated during long innings; and how every performance out in the middle, whether with bat or ball, is as much a contest of minds as it is of skills.

The instructions (batting, spin bowling, and captaincy) are so rich and insightful that it might even have passed as a coaching manual of sorts. But then, if it did, it would have been the most entertaining coaching manual in the history of cricket.

If you love the sport (by that I mean dedicated cricket historians to connoisseurs of cricket literature to the casual non-fiction reader to the average cricket fan), it is a book certainly worth your time. That holds even if you are a fan of Brian Lara, of whom Gayle has some not-too-good words.

You may even end up understanding the enigma that is Chris Gayle, the man behind those sixes and an incredible rags-to-riches story.

Oh, and do note on the chapter names in the contents page. That is an added bonus.

Trust me, maan, you ain’t read nuffin’ like this! 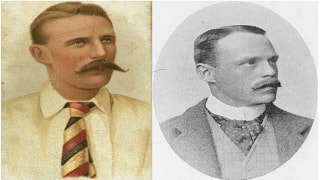 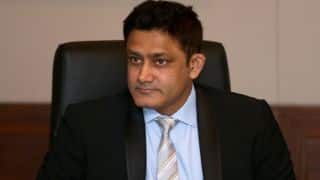