Chris Morris has made a couple of vital contributions with the bat for South Africa recently.

Chris Morris has, over the last month or so, vindicated the astronomical sum paid for him by Delhi Daredevils (DD) in the Indian Premier League (IPL) 2016 auction. Morris, who was considering quitting cricket after injuries kept him out throughout 2014, was bought by Delhi Daredevils (DD) for a whopping price of INR 7 crore, from a base price of just INR 50 Lakh. Morris will hope to justify that price tag once the tournament kicks off, but he has started on the right note, playing a couple of match-winning knocks for South Africa recently. South Africa have long been missing a pace-bowling all-rounder, and with Morris’ recent batting resurgence, he could be precisely what the Proteas need. READ: Chris Morris: Performance against England in 4th ODI one of the best moments of my career

In spite of having the likes of AD de Villiers, Hashim Amla, and Faf du Plessis in the batting line-up, South Africa do require someone who can come in late, not take much time to settle in, and start hitting the ball early in his innings. South Africa have found just that in Morris. His vital contributions at No. 8, could make a difference about 10-20 runs, which is significant in limited-overs fixtures.

He made a 7-ball 17 in the first T20 International (T20I) against England on Friday to help is team chase down a modest target of 135. He came in at a time when South Africa still needed 21 to win with 11 balls and four wickets to spare. He brought it down to the last over, where South Africa needed 15 to win. A four and a six off the second and third ball of the over eased the pressure and South Africa got past the finishing line off the final ball. READ: IPL 2016 Auction: Chris Morris sold for Rs. 7 crores to Delhi Daredevils

The task was even harder in the fourth ODI against England. South Africa had to win the match to stay alive in the series, but still needed 72 to win off 76 balls when Morris walked out to bat. Morris scored a 38-ball 62 from there and helped South Africa win by 1 wicket with 16 balls to spare. Morris comes across as a clean hitter of the cricket ball and is blessed with excellent timing.

Morris was impressive with the bat his maiden Test as well. He made a valuable 69 at No. 8 to help South Africa get close to England’s first innings score of 629. With his three First-Class centuries to his name, Morris has shown that he is no mug with the bat in the longest format either.

Amidst all this, we must not forget that Morris’ primary role in the team is that of a bowler. After spending  a huge part of his international career on the sidelines due to injuries, Morris looks refreshed and his huger to perform well everytime he walks on to the field will take him a long way.

South Africa do have a batsman who can bowl in JP Duminy. Perhaps Morris is their bowler who can bat. 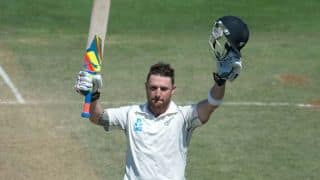 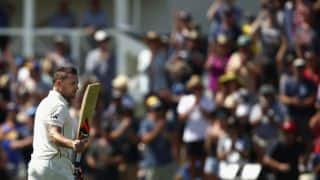