Ben Dunk and Mitchell Marsh could set the tournament alight with their power.

The Champions League T20 (CLT20) is now upon us. The event, while lacking a build-up, could nonetheless provide for some eye-catching performances. In a two part series, Shiamak Unwalla identifies one player from each team to watch out for.

Kieron Pollard, Mumbai Indians (MI): Kieron Pollard makes this list mainly for his captaincy. While his exhilarating fielding and riveting batsmanship are obviously major draws for spectators, what will be most interesting is to see how Pollard captains a side that he is now a senior member of. Given that he chose to represent Mumbai over his home side, Barbados Tridents, there will be added pressure on him.

Ben Dunk, Hobart Hurricanes: The leading run-scorer of the Big Bash League, Ben Dunk was surprisingly a late inclusion in IPL for Mumbai Indians. Once picked, he wasn’t selected for a long time and did not get an extended run either. Dunk would love to show Mumbai just what they missed by going out and scoring a load of runs.

Umar Akmal, Lahore Lions: If there is one thing the Akmal brothers excel at, it is being inconsistent; with both bat and gloves. However, Umar is doubtlessly one of Pakistan’s most talented batsmen, and the day he gets going can overcome any bowling attack in the world. If he clicks and finds some rhythm, the Lions are likely to cause a few heads to roll.

Kane Williamson, Northern Districts: Arguably one of the most exciting young batsmen in world cricket, Kane Williamson is the backbone of the Kiwi batting line-up and will continue that role for the Northern Districts. Williamson is not a typically aggressive batsman, but his technique is nigh flawless, especially against the spinners — a trait that will doubtless come in handy on Indian pitches. His performance for the Districts could dictate whether or not they progress to the next round.

Mitchell Marsh, Perth Scorchers: Anyone who can take Dale Steyn apart with sheer brute force is nothing short of special. Mitchell Marsh hit perhaps the best pace bowler in world cricket for three successive sixes — and hit seven in total — en route to his match-winning 51-ball 86 not out in the recently-concluded Zimbabwe Triangular Series. If that knock was anything to go by, Marsh could well come to be one of the biggest hitters in the tournament. His useful medium pace is an added bonus in what looks like a player to keep an eye on.

Kusal Perera, Southern Express: With his Sanath Jayasuriya-like technique Kusal  Perera is one of the most exciting talents to emerge from Sri Lanka in recent times. The left-handed opener could provide some fireworks at the top for Southern Express. In a team without any big, eye-grabbing names, Perera could be a major draw.

Virender Sehwag, Kings XI Punjab (KXIP): Has the old warhorse run his last race? If IPL 2014 was anything to go by, then there is plenty of fight left in Virender Sehwag. His century against Chennai Super Kings (CSK) in the semi finals turned back the clock in the most savage way. Sehwag looked good throughout the IPL, getting to 30-plus scores more often than not. Sehwag would dearly love to score a boatload of runs and maybe, just maybe, knock at the doors of an international recall.

Read part 1 of this article 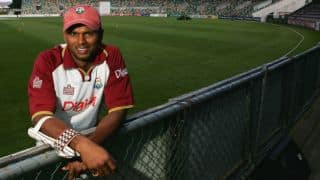 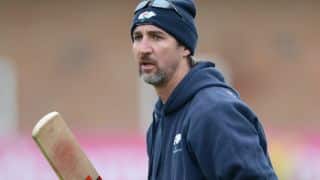