A win for either side should give them a passage through to the main draw of the CLT20 2014.

It is the battle of the victors in the third qualifier of the Champions League T20 (CLT20) 2014 as Lahore Lions and Northern Districts will face off in a game that will virtually ensure one of them a spot in the playoffs. Shiamak Unwalla looks at the battles that could be the deciding factors in the final outcome.

Ahmed Shehzad vs Trent Boult: One of Pakistan’s most talented batsmen will have his task cut out for him when he takes on the left-arm swing bowler Trent Boult. Shehzad is a free-flowing batsman, and will look to bring out the big hits early in his innings. He will need to be wary of the canny swing and accuracy of Boult, who can be deceptively quick on his day.

Kane Williamson vs Aizaz Cheema: Perhaps the best batsman in this round of CLT20, Kane Williamson showed his class in the short but tricky chase against Southern Express by scoring a match-winning half-century. Meanwhile, Aizaz Cheema brought all his experience into play while restricting the Mumbai Indians batsmen. The way these two handle each other could be interesting.

Umar Akmal vs Ish Sodhi: Umar Akmal may not be known for his consistency, but he makes up for that with those flamboyant match-winning knocks. He played a match-winning innings against Mumbai when the game could have gone either way. He will hold the key in the middle and the slog overs for Lahore. On the other hand, Ish Sodhi was singled out for praise by Southern Express skipper Jehan Mubarak, who said that the young leggie’s over was the turning point of their encounter. The battle of the youngsters promises to be an engaging one.

Scott Styris vs Wahab Riaz: Scott Styris is the last remnant of the New Zealand side of the early 2000s. He is one of the most experienced members of the team, and his all-round skills have won games for New Zealand. His presence in the middle order ensures stability. Wahab Riaz is a quick and aggressive bowler. He became a household name when he grabbed a fifer against India in the ICC World Cup 2011 semi- final. He will look to halt Styris at the death and enhance his growing reputation.

Mohammad Hafeez vs Tim Southee: Nicknamed “The Professor,” Mohammad Hafeez is a batsman who can terrorise bowling attacks on his day. He did not get off to a particularly good start against Mumbai and will be looking to make his mark in this game. Tim Southee is someone who can halt Hafeez with his quick swinging deliveries. If the roles are reversed and Hafeez bowls to Southee, the contest will still be an enchanting one. Hafeez is known for being economical, while Southee is known for his big hitting abilities. Their clash in either context ought to be a mouth-watering one. 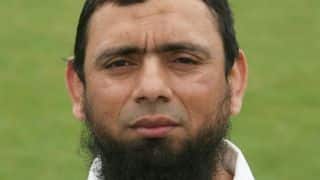 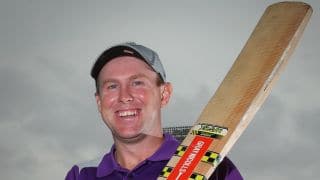