The first day of the Champions League T20 (CLT20) 2014 saw a huge crowd at the ground in Raipur. Though this tournament doesn’t entice the same excitement as an Indian Premier League (IPL), it is clear that the smaller centres would get you crowds for they wait for cricket. Nishad Pai Vaidya writes about why towns like Raipur, Ranchi, Indore are important for cricket.

There is always a festive atmosphere when one of the smaller Indian cities plays host to the most popular sport in the country. On a trip to Kanpur for a One-Day International (ODI), this writer was overwhelmed to see cricket fever grip the city. A huge crowd awaited the arrival of the players at the hotel. All the streets were decorated with flags of both sides. Vendors setup shop on the eve of the game — with wristbands, bandanas and flags. Of course, the most common sentence was, “Do you have any extra tickets?” You cannot fathom this excitement and fervor sitting in some of the metros; you have to visit these towns to realize what cricket means to them!

The same excitement was on display during the first day of the Champions League T20 (CLT20) 2014, when a huge crowd turned up at the stadium in Raipur. There was rain and two unfamiliar sides, Southern Express and Northern Knights, commenced proceedings. Yet, the crowd was ready for this match — something that gripped the players who hadn’t seen such numbers for their games in the past. It isn’t so much about the format or the fact that T20 cricket is exciting, but the simple fact that people in a city like Raipur want to see cricket and wait for it.

One can have a look at some of the ODIs played in recent times in India. Back in 2011, the India-England ODIs didn’t see too many crowds in the bigger centres such as Delhi, Mumbai, Kolkata etc. But, when the West Indies arrived and they played in cities like Cuttack, Indore etc, the stands were packed. That is where the authorities come into the picture. In recent times, they have been smart in allotting such ODIs to the small cities as that assures them good gate revenue. Even for the spectator watching on television, the crowd adds to the flavour and makes the game more compelling.

But, when it comes to Test matches, it makes more sense to keep it at the major centres, where there are more chances of getting people. In places like Nagpur or Hyderabad, Tests have often been spectator-less affairs. Even for that matter, in a place like Ahmedabad. But, in the major cities, there is a reasonable crowd. And then, in the rush of day-to-day life, you may not get people for five days. That is where, you try to adopt different other strategies to market Tests. A case in point being allowing school children inside the stadium for free, a thought that’s been suggested by a few eminent cricketers in the past.

However, there has been a lot of talk about ODIs and its future in an era where three formats have taken shape. Rahul Dravid is one man who has warned against playing ODIs without context and that they should be played in the lead-up to big tournaments such as the World Cup or the Champions Trophy. There is a lot of merit in Dravid’s arguments, but he did acknowledge the fact that ODIs do well to attract crowds in the smaller centres. Bring a tournament like the CLT20, which isn’t as popular as an IPL, it would still pull the crowds to the grounds. 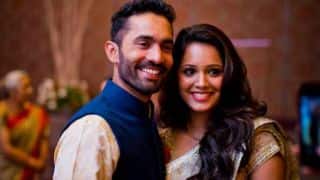