The CLT20 has seen witnessed three IPL teams in the semis for the second year in a row.

The likes of Barbados Tridents, Northern Knights and Dolphins lost some of their best players to Indian Premier League (IPL) sides. Not only has that robbed those sides of some of their most talented players, but the tournament structure too has been unfair on the non-IPL sides. Nishad Pai Vaidya explains…

Three out of the four semi-finalists at the Champions League T20 (CLT20) 2014 are Indian Premier League (IPL) sides. This is the second consecutive time that the CLT20 semi-finals have featured three IPL teams. With the tournament being played in India, the conditions have been overwhelmingly in favour of the IPL sides. As discussed in a few articles in the past, the CLT20 seems to be an international extension of the IPL. The tournament has failed to create a stage where any side can showcase their full-strength side with the IPL appeal.

Consider this: There were many sides who lost their star performers to IPL sides in this tournament. Of course, the money would be greater and those teams would be compensated, but that does not help matters on the field of play. For example, the Barbados Tridents lost their powerhouses to other teams. Kieron Pollard and Dwayne Smith went on to play for their respective IPL sides. Shoaib Malik was an exception though as he opted to play for Hobart Hurricanes. Then there were other sides who also lost some of their heavyweights.

Corey Anderson did not turn up for the Northern Knights and instead played for the Mumbai Indians. It may have been a better option for him to play for the Knights as Anderson was benched through the qualifiers and Mumbai failed to get through. Then, David Miller is playing for the Kings XI Punjab instead of the Dolphins — a side that lacked quality and could fared better with the talented southpaw. That would have given their team a lot of strength. Thus, three teams lost some of their strongest players at the expense of the IPL.

The absence of such key players does make a huge difference to such teams, who then have to mainly rely on home-grown talent, that hasn’t been exposed to international class. The IPL sides tend to dominate as they have some of the best international players, giving them the perfect balance for their respective sides.

Even when you keep that aside, there doesn’t seem to be fairness with the way the tournament is built. Why is it that there are four IPL sides in the CLT20, three of them getting passage into the main draw, when the other nations are allowed a maximum of two? New Zealand, Pakistan, Sri Lanka and the West Indies can send only one team each. Three of those sides battle in the qualifiers. Having won the T20 tournaments in their respective nations, they certainly deserve a better deal than IPL sides who didn’t even make it through to the final.

Clearly, the authorities have a lot of soul searching to do. The tournament isn’t going to get popular if the IPL sides have the upper hand. To be successful, the CLT20 needs a fan base and they won’t get it if they have excessive participation from one nation. 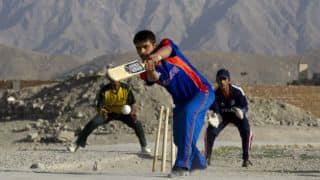