September 9, 1959. Collie Smith, the superbly talented emerging off-spinning all-rounder of West Indies, passed away after a fatal car accident in England. Arunabha Sengupta looks back at the tragedy and how the legendary Garry Sobers was affected by it. 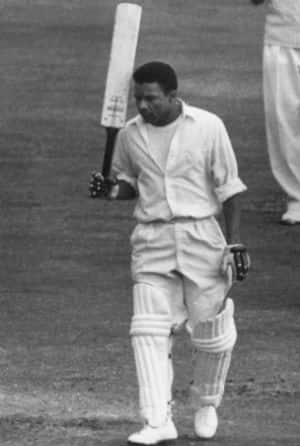 September 9, 1959. Collie Smith, the superbly talented emerging off-spinning all-rounder of West Indies, passed away after a fatal car accident in England. Arunabha Sengupta looks back at the tragedy and how the legendary Garry Sobers was affected by it.

There should have been four of them, but Roy Gilchrist did not turn up. After waiting an hour, the others gave up and decided to start without him. Fickle finger or fate, Garry Sobers says in his autobiography. If Gilchrist had turned up on time, or if they had waited a bit longer, the tragedy might not have taken place at all.

That summer, Sobers was playing for Radcliffe in the Lancashire League. Collie Smith had been turning out for Burnley. Three months earlier he had slammed an amazing triple hundred for them against Lowerhouse. Medium-fast bowler Tom Dewdney was bowling for Darwen. The three met at Manchester, at the house of a Bajan fan. After a jovial dinner, and some fruitless hours waiting for Gilchrist, the three cricketers set out to drive south to London where they were supposed to play a charity game on Sunday. They were in good humour, because by virtue of being late they had avoided the heaviest of the London-bound traffic.

Smith was the one who took the wheels of Sobers’s Ford Perfect. After a while he handed it to Dewdney. And in the wee hours, it was the turn of Sobers. Dewdney moved to the passenger seat and Smith went to sleep in the back. The car was speeding along A34 near Stone in Straffordshire. At 4.45 am, as they approached the Darlaston Bend, two dazzling headlights blinded Sobers. He had no time to react. Everything went black.

Much later they learnt that they had collided with a 10-ton cattle truck. Sobers regained consciousness after a short while, heard Dewdney making a lot of noise and saw Smith lying on the ground. “How are you little man?” he asked his friend. Smith answered straightaway, “I’m all right, maan — go look at the big boy.”

An ambulance arrived and took the three to the hospital. Dewdney, with facial cuts and some lost teeth, remained unconscious for a few hours. Sobers had a dislocated bone in his wrist, a cut eye and a severed nerve in a finger. For all his nonchalance of the moment, it was Smith who had been hit the worst — with serious damage to his spinal cord.

Three days after the crash, a priest walked into the hospital room in which both Sobers and Dewdney were lying, and started speaking about the whims of fate, life, uncertainties and tragedies. Finally he revealed the news that Collie Smith was dead.

The cricket world was shocked. O’Neill Gordon ‘Collie’ Smith was the favourite son of Jamaica, and had kindled the imagination of the cricket loving island. At 26, he was just maturing into a genuinely great all-rounder. With the supreme gifts of Sobers alongside him, Smith could have propelled the West Indian team into an unprecedented powerhouse of all-round strength.

Instead 60,000 mourners turned up in disbelief and dismay at his cruelly premature funeral in Kingston, shocked at the death of Jamaica’s favourite son.

The shadow on Sobers

With the three Ws in the evenings of their great careers, Smith was integral to the West Indian vision of the sixties. Especially with his excellent record against England, he was expected to be one of the key players when Peter May’s team would visit in the 1959-60 season. And suddenly it all ended on that highway in Staffordshire. The life of this vibrant cricketer was snuffed out in its very prime.

Smith’s final figures show 1,331 runs at 31.69 and 48 wickets with his off-breaks at 33.85 in 26 Tests. He had hit 104 against Ray Lindwall, Keith Miller and Richie Benaud on debut, and 161 against Fred Trueman, Brian Statham, Jim Laker and Tony Lock in his first Test against England. He had been named one of the Wisden Cricketers of the year in 1958.

Popular belief remains that the numbers were bound to improve with time. If fate had not snatched him from our midst and he had played for another decade, one wonders what he could have achieved. Smith had shown only glimpses of his enormous potential.

Some claimed he was as great a talent as Sobers. The tragic untimely death may have led to tribute tinged with tendency to exaggerate, spilling into the panegyric. But the very fact that such comparison could be attempted underlines what might have been.

Sobers himself, a close friend and roommate on tours to England and Pakistan, was mortified — not least because he had been the one driving the car when the fatal collision took place. Few days after the incident, he was charged with careless driving and fined £10. He was devastated by the implications, the burden of responsibility.

He later wrote in the prologue to his autobiography that for a while the events of that night dominated his thoughts and cricket remained a distant second.

When the shock and sorrow subsided, Sobers played against England in the first Test of the 1959-60 series at Bridgetown. He batted 10 hours and 47 minutes to score 226 before being bowled by Fred Trueman. According to the great all-rounder, he had realised that from then on he would have to do the job of both Garry Sobers and Collie Smith.