Colonel Douglas Brett: Only man to be awarded a medal of bravery for deeds on the cricket field

Colonel Douglas Brett: Only man to be awarded a medal of bravery for deeds on the cricket field

Colonel Douglas Brett did not like his concentration disturbed while playing cricket.

January 7, 1934. Colonel Douglas Brett did not like his concentration disturbed while playing cricket. Arunabha Sengupta recounts how he charged and dispersed armed terrorists brandishing only his bat.

Chittagong, January 1934. Less than a year earlier, Surya Sen (Master-da) had been betrayed and arrested by the British because of his role in the Chittagong armoury raid. On January 12, 1934, he would be hanged.

The militant freedom fighters were not taking it lying down. There were incidents around East Bengal. Five days before the execution of the leader, there was an attack on European cricketers and spectators at a local cricket ground.

Indeed, we have to take leave of the bravery of the nationalist militants and concentrate on the valour of a British cricketing colonel.

Accounts of the day are varied. According to some, the attack took place while the match was in progress, with the militants entering the ground and opening fire even while Colonel Douglas Brett geared up to face the next ball. According to others, it was during teatime and four youths armed with revolvers and several bombs attacked a group of European cricketers and spectators, including women and children, while they were partaking refreshments in a shamiana, placed on a hillock. The armed men came from behind the shamiana and took the Europeans by surprise.

Whatever be the case, what followed is consistent across the versions. The Colonel was not amused by the attack. Perhaps he did not see eye to eye with the idea of innocent women and children being attacked. Or perhaps, like any serious cricketer he was miffed at disturbances while he was at the crease.

Seeing that there was just one revolver that was shooting recklessly, and the rest of the bombs and arms were mainly duds, the army man attacked the armed assailant, wrestled him to the ground and disarmed him. Following this, he also seems to have grabbed his bat and made for the rest of the intruders, who found the firepower a bit too much to endure and fled in disarray.

The day was thus saved by this conscientious army-man and batsman.

For his brave deed, Colonel Brett was awarded the Empire Gallantry award thus becoming the only man to have received a gallantry award because of his deeds on the field of play. Later, this medal was exchanged for the George Cross. 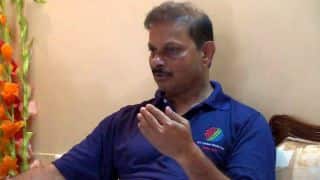 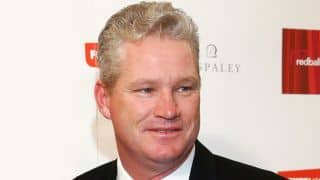