Corey James Anderson is a cricketer from New Zealand who is known for his attacking batting style and for being an impactful medium fast bowler.

Born, December 13, 1990, Corey James Anderson is a cricketer from New Zealand who is known for his attacking batting style and for being an impactful medium fast bowler. On December 12, 2012, Corey made his international debut in a Twenty20 match against South Africa. He has an amazing ability to hit the ball with a lot of strength. He started growing in cricket as a teenager and has been involved with New Zealand age-group teams. On his 25th birthday, Abhishek Kumar digs out 13 little known facts about south paw of Black Caps.

Corey’s father Grant Anderson was also a sportsperson and represented New Zealand in Common Wealth Games of 1974 as sprinter.

Corey was the part of New Zealand Under-19 (U19) team in 2008 U19 World Cup. In the same team, he played alongside players like Kane Williamson, Trent Boult and Tim Southee. These players are currently the pillars of the senior national side. In the same tournament, there were many players who later became the captain of the national side, like Steve Smith and Virat Kohli.

3. Youngest player to gain a contract

At an early age of 16, Corey earned a playing contract from New Zealand Cricket in 2007, which made him the youngest cricketer in the nation’s First-Class history to do so.

In an interview with Cricinfo, Corey revealed that he can hear only five percent from his left ear but he never let this problem affect his career.

Corey has revealed that of all cricketers it is Shane Bond he admired most and looked up to as a source of inspiration especially because even he struggled with frequent injuries early in his career and to a lesser extent even now as did Shane Bond through the entire course of his fledging international career.

6. Best thing about being a cricketer

In an interview with firstpost.com, Corey said that the best thing about being a professional cricketer is “Getting to travel to different places in New Zealand”.

Corey loves playing at Seddon Park, Hamilton and this is also his favourite ground. It is also his home ground at Northen Districts which he has represented in the domestic level.

On January 1, 2014, Corey scored a scintillating century against West Indies at Eden Park of Auckland and completed his hundred in just 36 balls. He broke the previous record for a fastest century in One-Day Internationals (ODI) of Shahid Afridi (37 balls). However, his record was not to last for very long. AB de Villiers comfortably beat the record the very next year against the same opposition.

Corey has taken only one fifer in his international career so far and that effort came in a tied match. On January 25, 2014, while playing the third ODI against India at Eden Park, he took five wickets for 63 runs. Corey also bowled the last over of the match, where he had to defend 18 runs but in doing so, he conceded 17 runs and the match ended in a tie.

In Indian Premier League 2014, Corey was playing for Mumbai Indians. In the last league match of his team, they had to chase down 190 in 15 overs to qualify for playoffs. Mumbai Indians needed a big innings and Corey delivered. He played a crucial knock of 95 runs from just 44 balls with nine fours and six sixes. Eventually Mumbai Indians won the match in 14.4 overs.

During the group match against South Africa in the Twenty20 World Cup of 2014, Corey got the wicket of Hashim Amla in a very funny way. Off the last ball of the 14th over, he bowled a good length ball outside off, which Amla swatted that one powerfully back towards the bowler, the ball hit the non-striker JP Duminy’s bat, on the shoulder of the bat and lobbed up for a simple catch for Corey. This was one of the most bizarre way to get out.

12. The menacing bouncer to Ahmed Shehzad

During the first Test against Pakistan on November 2014 at Abu Dhabi, Corey took the wicket of Ahmed Shehzad with a bouncer which brought a moment of worry for everyone in the ground. It was the fourth ball of the 116th over, when Shehzad was playing at the score of 176 but that bouncer went quickly towards his helmet with a speed of 135.3 kph significantly quicker than the rest of this over. Shehzad went for the hook and he was through his shot too quickly. It hit the left side of his helmet and made an impact on the skull. Shehzad fell down and in the process dropped his bat on the stumps. For the next few moments, he remained down at the ground and looked little dazed but there was no external damage. It was later revealed that the blow had caused Shehzad a skull fracture.

During the ICC Cricket World Cup 2015, Corey became a popular figure with the crowd. He earned a chant which saw fans call out his name in a rhymic way. It went like Corey.Corey.Corey…Anderson. 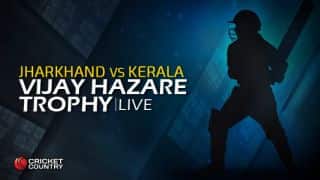 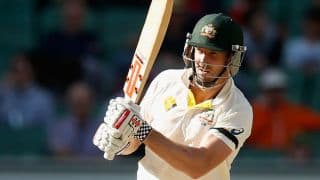