Corey Anderson’s feat puts him on T20 scout’s radar; IPL may be first to snap him

Corey Anderson’s feat puts him on T20 scout’s radar; IPL may be first to snap him

Corey Anderson's record-breaking ton puts him on the IPL and global T20 radar.

The new year couldn’t have started with a better show of fireworks on the cricket field. It is simply mindboggling! New Zealand amassed a monumental 283 in only 21 overs with two batsmen creating huge ripples with their whirlwind batting.

On a normal day, Jesse Ryder’s 104 off 51 balls would have made the headline for he is making a remarkable comeback after a turbulent time. But this wasn’t any other day! Corey Anderson was perhaps destined to make a mark on January 1, 2014 and write his name in the record books by smashing a One-Day International (ODI) ton in only 36 balls, beating Shahid Afridi’s 17-year-old feat by a mere solitary delivery. And one also has to remember that it is also the fastest international century ever.

For 17 years, this record stood the test of time. There were a few who flirted with a ton off 40 odd balls, Afridi getting one of them at Kanpur in 2005. However, no one really seemed to come close to that feat that was achieved off only 37 balls. Yes, in T20 cricket, one did see a few records come together. Andrew Symonds smashed a ton off 34 balls in the format. Yusuf Pathan too recorded one off 37 deliveries, but Chris Gayle took the honours with a 30-ball run-fest this year. So, one felt that such feats were possible only in the youngest format of the game and Afridi’s mark would remain untouched in ODIs.

Anderson has now shot to fame with this ton. While half the world was partying or only waking up from hungover sleep, this lad had the time of his life. With the game being reduced to 21 overs a side, he had the license to thrill and make merry. In a sense of the word, it wasn’t exactly a full ODI, but the records would show that Anderson is the new holder of the elusive record. This is yet another evidence of the domination of bat over ball. Many would have likened such carnage to their experiences with a few computer games, but who would have thought it would all materialize in reality.

To achieve such a milestone, one has to be on full throttle throughout the innings. Anderson got to his 50 off only 20 balls and then the next mark was in sight in a matter of only 16 balls. And to make matters worse for the West Indies, his next 30 runs after the ton came off only 11 balls.

Anderson’s knock comes at a very interesting stage and now expectations would be high whenever he walks out with the bat. And, predictably, one can say that certain Indian Premier League (IPL) franchises and T20 sides around the world may express interests in the days to come. This knock has surely changed his life! 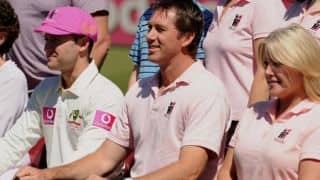