Recent scientific discoveries have proved that resurrecting extinct creatures like dinosaurs may be possible. Abhishek Mukherjee discusses how this pathbreaking revelation will go on to resurrect Australian cricket. 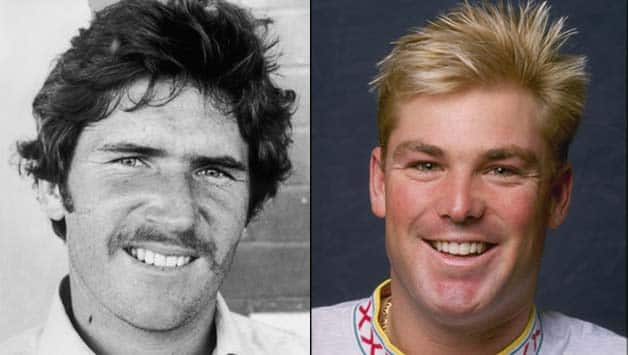 Recent scientific discoveries have proved that resurrecting extinct creatures like dinosaurs may be possible. Abhishek Mukherjee discusses how this pathbreaking revelation will go on to resurrect Australian cricket.

Scientists have recently discovered that it is possible to bring extinct creatures like dinosaurs, woolly mammoths, sabre-toothed tigers, and passenger pigeons back to life. The scientists are currently working on cloning a category of goats that has now been driven to extinction.

In the light of this revelation, Cricket Australia (CA) has decided to implement it to great effects on an immediate basis. Tormented by Matthew Wade’s injury, superlative performance by the Indian cricketers in all aspects of the game, and the infamous HomeWorkGate incident, the Australians are in complete disarray on their tour to India.

Former Australian cricketers Allan Border and Matthew Hayden, currently on commentary duty in India, had been approached for a comeback, but the two giants of the sport had reluctantly turned down the offer, citing the reason that both of them were woefully out of touch and will never be able to replicate their old heroics.

However, Wally Edwards, Chairman of Cricket Australia, revealed in a press conference earlier on Saturday that CA has got in touch with Australian paleontologist Michael Archer, a part of the project mentioned above. Michael, currently a Professor at the School of Biological Earth and Environmental Sciences in the University of New South Wales, has agreed to help CA in this project.

“It will not only help bring dead cricketers back to life,” said Edwards exclusively to CricketCountry, “but it will also help long-retired cricketers to their prime, and will help them to have a go at the Indians who have been dominating the series till now. We did not go for any convoluted selection procedure, and have opted for ACB’s Team of the Century instead.”

“We have already asked most cricketers in the existing squad to feign injuries or ailments so that the replacements could make it to the squad. Barring Michael Clarke, the only representative of the current team, all others have been asked to come back as soon as possible.”

“We need to attack the Indians as soon as possible — before they could even think of retaliation”, mentions Edwards, emphasising on the importance of the surprise element. “They won’t know what had hit them”, he added, “and by the time it hits them it will be too late.”