Delhi a beautiful and a politically electric city has been engulfed in this beast of a smog, which consumed cricket as its breakfast, lunch and tea just 4-days after Diwali.

A city which is known for its architectural brilliance, cultural heritage and lush green gardens has now sudden evolved into this smog friendly habitat. Delhi or better known as New Delhi has year-by-year seen this increase in pollution thanks to its much learned citizens. Delhi, being the capital of India has a certain obligations towards itself more than anything else. For the world, Delhi is a stairway to understanding India’s rich ethnic, secular and sporting history, while also acting as a prime avenue for people to people interaction. Delhi showcases the very best of what is remaining of the Mughal-era, the British artistry in its lavishly built monuments, symbol of religious harmony with lashings of religious worship places in constructed in every look and corner of the city. Delhi has been a hub of almost every foodie to every step foot in India, starting right from the earthy and heavenly intakes of desi-ghee infused food at Chandi Chowk to a more contemporary articulately presented fine dining at Hauz Khas. FULL CRICKET SCORECARD: India vs England, 1st Test at Rajkot

Delhi has always been a city, which has always had a cluster of open gardens and grounds in and around resident vicinity. Another big part of Delhi has been it affinity with sports. Sports in each and every form has been ingrained in lives of Delhite right from their birth. Delhi has been a fertile ground when it comes to producing sporting greats across disciplines. Hockey, football and cricket since independence have fluctuated in the minds of the people of Delhi depending on how the sporting conditions of the nation is. Delhi to its credit is home to one of the most iconic grounds in the country or even in Asia in the Feroz Shah Kotla stadium situated in the more classical and preserved end of the city.

Another facility which serves as a multipurpose stadium is the Karnail Singh Stadium situated just 50 minutes away from Kolta has been a blossoming ground for many cricketers who have now achieved legendary status in Indian cricket. From Bishen Singh Bedi, Chetan Chauhan, Gautam Gambhir, Virender Sehwag to the current Indian Test skipper Virat Kohli, all have been a byproduct of the various maidans spread across the length and breath of the city. Delhi Ranji Trophy team has won as many as 7 Ranji titles dating from 1978-79 to 2007-08; they were unbeatable during the early 80’s being a thorn in the flesh of Ranji stalwarts Mumbai. One does not win such laurels without help from the state government and local governance bodies. ALSO READ: Watch Virat Kohli celebrate his 28th birthday with friends and relatives

From being allotted stadiums to play matches, logistical mathematics, to attaining permissions have to dealt by the Delhi District Cricket Association (DDCA) in accordance with Board of Control for Cricket in India (BCCI). Agree that the DDCA is not sin proof but when it comes to providing quality amenities to the audience it hands down beats all non-sense around it. Not everything has to be seen by the authorities when it comes keeping the game up and running; not only for the next few years but to guardianship a linage of great cricketing legends around for many more generations to come.

It is also the responsibility of the people of Delhi, its mass and class to ensure that the sport in general is not hampered or adulterated by external means. People in Delhi are known splurge money like madmen on anything and everything they find pleasing. Festivals are one of the many reasons where people like to pompous around their newly purchased Zara dresses, or Manish Malhotra designed Sherwani’s. Festivals in India are all about celebrations, fun, sweets but mostly importantly fire-crackers. Fire-crackers have been polluting the minds of people since eternity.

Fire-crackers have also been around since the days of Ramayana and Mahabharata, but back then it was all about diya’s and candle lights; now it is all about over-priced smoke-bombs packed in flashy attractive wrappers. Their is nothing wrong in buying a fire-crackers but one should understand the toll it is taking on everyone let alone nature. Delhi since the past many years is struggling to bring down pollution in the city via innovative and surgical means. Delhi Chief-minister Arvind Kejriwal brought in the much infamous odd-even rule in the city on the lines of Beijing, big brother in terms of pollution. On-going struggle for power between Governor and CM is one of the main hurdles in implementing many of the anti-pollution initiatives in the city. State government before Diwali did start a mobile campaign for people to burst less cracker but it has gone down the dump as always.

Fact: New Delhi has now recorded it worst pollution level in the last 17 years. With a concentration of PM 2.5, (tiny particulate pollution that can clog lungs), averaged close to 700 micrograms per cubic metre. That’s 12 times the government norm and a whopping 70 times the WHO standards.

But Delhi is completely to blame. This is also the month of harvest in adjoining states like Punjab, Haryana where farmers are burning remaining paddy crop residuals to flush in newer crops. The smoke that it emits is highly toxic and is palpable. Sadly for Delhites’, Delhi is a small city that uses it outskirts for dumping of garbage. The disposal of the garbage is mostly done by burning it which only adds to environmental misery. Feroz Shah Kotla hosted the India vs New Zealand, third One-Day International (ODI) just a day after Karva Chauth with no much issue relating to visibility. Sadly such was not the case for Ranji Trophy 2016-17 , Round 5 ties between Bengal and Gujarat at the Feroz Shah Kotla and between Hyderabad and Tripura at the Karnail Singh Stadium.

Players took the field for some warm session but looked discomforted with the visibility and the air in general. There were moments where the sun burst through thick layer of smog but it did not do much for the game. Players constantly kept complaining about burning sensation in their eyes, which meant the match had to be abandoned on both the venues. Bengal players were even seen wearing protective air mask on their face just to breathe something minimally unpolluted to survive. Come-on! Delhi don’t give yourself a bad name by making people live on a ventilator 24 x7, specially during winters.

Winters for a lot of us who belonged to Delhi, were all about moving out of the house and cherishing all the natural refreshment it had to offer. Going for picnics every weekend or so with extended families into the green and vivacious maidens which quenched our thirst for sports. Be it football, cricket or a simple game of catch-catch, the sight of clear blue-skies complimenting the liveliness of children would instill emotions like none other. Delhi now has just managed to become a hazardous zone of children to go out and play, inhaling smog is one thing but being actually being able to taste is another. Shutting of 1,700 schools across the city symbolises that how grave the condition has become. Kids being locked in their room, made to sitting front of the computer or laptop in this day and age where physical activity is already limited, trying to skim it down is a totally stupid move.

Yes, people not entirely to be blamed but they form a good amount of percentage who should be wrapped on their knuckles. If such a trend continues we will only see half-dead birds and lazy government employees stroll down the many maidans located in Delhi. Maidans being devoid of any young and aspiring cricketer, or even sportsmen is scenarios which should be haunting for many. Delhi is one of the rare metropolitan cities in India that still has open parks and maidans freely available for children to live their dream of becoming the next Kohli, Sehwag or Gambhir or even the first themselves.

So Delhi burn crackers but in limit, if possible try not bursting them at all, most importantly burst your own ego’s of being grandiose. 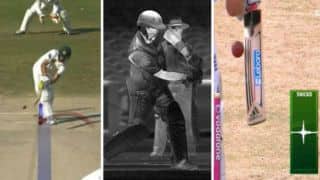