Australia and England played the first ever official Test in the history of the game between March 15-19, 1877 and for the next 100 years, Test cricket, essentially being played under the sun, remained the purest form of cricket. Then came Kerry Packer’s World Series Cricket — a breakaway league that ran parallel to international cricket — which experimented with day-night one-day matches and coloured clothing and changed the game forever. On the eve of the historic day-night Test between Australia and New Zealand, Chinmay Jawalekar takes a closer look at how the advent of floodlit cricket forever changed the face of the game. SCORECARD: Australia vs New Zealand 2015-16, day-night Test at Adelaide

Since its inception, cricket remained a sport that was being played under enough daylight for a batsman to be able to see the ball. Quite a fair thing, considering it has always been a batsman’s game, with the laws favouring them more over the poor bowlers. Till 1977, nobody could have ever thought that the game can be played under lights too. However, in 1952, a beneficiary exhibition game for former England player Jack Young did take place under floodlights between Middlesex County Cricket Club and Arsenal Football Club. The match started at 19:30 hrs and was witnessed by a crowd of just over 7,000. But despite being telecasted on the BBC in prime time and attracting an audience of several million, it failed to capture the imagination of the administrators. READ: Australia vs New Zealand 2015, 3rd Test at Adelaide: New Zealand likely XI

In January 1971, the first One-Day International (ODI) match was played, again between Australia and England. This format of the game which was more suited for a day-night start, had to wait for another six years to witness a transformation, which was brought about not by the administrators of the game, but by an astute entrepreneur, Kerry Packer. The Channel Nine supremo bought over 50 of the world’s leading cricketers to play in his breakway World Series Cricket (WSC) and changed the course of the game forever.

What started as a battle with the Australian Cricket Board over the telecast rights, ended up introducing the use of floodlight and coloured clothing for the One-Day matches. Years after the first such match, Packer had said, “We started off having a war with the Cricket Board. We ended up being friends with them. And in between all this, I think we’ve ended up doing a service for cricket that’s been good for the game, good for the individuals, and good for the general public.” Australia Likely XI for third Test against New Zealand

It was actually the duel between him and the board that led to the introduction of floodlights in cricket. Worried about his channel’s ratings, Packer wanted to acquire the broadcast rights for cricket, which was regaining its popularity in the continent. When the Australian Board denied him the rights, he set up his parallel league WSC and secretly signed the world’s best cricketers in 1977. With the cricketers and all other requisites in place, he was left with one last thing; access to Australia’s traditional cricket grounds. He was denied the same and as a result, was forced to play at non-cricket grounds where drop-in wickets were used.

This resulted in a lacklustre response as just around 200 odd people witnessed the opening game at VFL Park. A determined guy that he was, Packer came up with a brilliant innovative idea, something that the former England captain Tony Greig referred to as a “masterstroke”. In a bid to attract more viewers, Packer came up with the concept of day-Night matches and on December 14, 1977, a one-day match between WSC World XI and WSC Australians was played at the same venue under lights. Greg Chappell starred in the Australians’ win and night cricket experiments had resumed. READ: Australia vs New Zealand 2015-16, 3rd Test at Adelaide: What to expect from 1st ever Day-Night Test

In the following season, Packer gained permission from the New South Wales Government to play fixtures at the iconic Sydney Cricket Ground (SCG). Six light towers were immediately erected and the venue was ready to witness day-night games. It made an immediate impact with an official figure of 44,377 fans turning up at the SCG for the 50-over International Cup match between WSC Australian XI and WSC West Indies XI, captained by Ian Chappell and Clive Lloyd respectively, on November 27, 1978. The WSC Australian XI won the low-scoring match by five wickets and day-night cricket came out as a winner.

It was first of the nine such matches played in that season. Chappell explained the impact of those games, saying, “From that revolution came day-night cricket, much improved television coverage and more skilful marketing of the game and the players. These are just a few of the more important improvements that came as a direct result of the stand the players took in the late ’70s and the World Series Cricket.” At the end of the season, Packer and the Australian Cricket Board reached a truce. Packer got the broadcast rights for Australian cricket and the entire episode culminated with a win-win situation for all.

Almost exactly a year later on November 27, 1979, the same teams West Indies and Australia played the first ever official ODI under lights, at the same venue. Eleven of the 22 players had taken part in the WSC match a year earlier — four Australians and seven West Indians. They had a fair idea of what it takes to play under lights. The match was played in front of huge crowd and result was once again the same, with Australia winning by five wickets. It proved that the day-night cricket was here to stay. READ: Pink balls must not be judged solely on the proceedings of Australia vs New Zealand 2015-16 day-night Test

Packer’s WSC that pioneered the floodlit cricket, left a lasting legacy for the game. Coloured uniforms, day-night games, white balls and batting helmets now became the norm for the game of cricket. Without any doubt, Packer revolutionised the game and without him, one-day cricket, as we know it today, would not have existed. More countries followed suit with floodlights being erected at venues across India, South Africa, Pakistan, Sri Lanka and South Africa in the years to follow. England, the game’s originators, resisted the change but eventually gave in. Today, more or less each playing nation has floodlights at most of its cricket stadiums.

During the late 2000s, discussions regarding the possibility of playing day-night Tests first occurred. West Indies were the first to experiment floodlit First-Class matches, in which the teams used a pink ball. Later, the viability of using a pink ball for day-night games was also tried out by Cricket Australia. England were not far behind and they played their cricket season’s curtain raiser under floodlights in Abu Dhabi in 2010 and a year later, the first County Championship game under lights was played in 2011.

And come November 27, exactly 36 years after the first ever day-night ODI was played in Sydney, world cricket will see the beginning of yet another revolution in the game when Australia and New Zealand play the first ever day-night Test match at the Adelaide Oval with the pink ball. The match, that will be the third and final match of the ongoing series between the two teams, will mark a new beginning in the 138-year-old history of the Test cricket. One cannot help but think of Packer’s rebel league that set the tone for day-night cricket and has brought it this far. 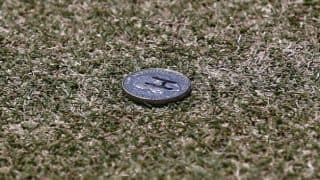 England to drastically modify toss rules in next county season; visiting teams to get major say