Cricket World Cup 2019: Top five spinners who can play a pivotal role for their respective teams in the showpiece event.

With dry pitches and hot weather on offer, cricket pundits have predicted that spinners will play a crucial role in the upcoming ICC World Cup 2019 slated to be held in England and Wales from May 30.

As two news balls are now used during the course of each innings, the role of spinners have become all the more important in terms of containing the batsman and picking up wickets in the middle overs. We take a look at the top five spinners who can play a pivotal role for their respective teams in the showpiece event:

The chinaman bowler will be one of India’s main weapons in their bid for a third World Cup title. The last time India played ODIs in England, Kuldeep had wreaked havoc, picking nine wickets in the three-match series which the hosts won 2-1. He has picked 85 wickets in 44 ODIs, but has not been in great form in recent times. In the Indian Premier League (IPL 2019), Kuldeep managed to pick only four wickets in the nine matches he played for Kolkata Knight Riders. He was taken for plenty of runs and was even dropped from the side in the second half of the tournament, but Kuldeep still remains the major force for Virat Kohli.

This leg-spinner from Afghanistan is one of the few spinners in world cricket who have improved his game by leaps and bounds in the last two years. Rashid, who is the number three ranked bowler in ODIs, has been in amazing form in the last two years and has been one of the main reasons behind Afghanistan’s rise in world cricket. With his ability to contain the batsman and simultaneously pick wickets, the leggie will for sure prove to be a difficult customer for the batters to deal with in the World Cup. The 20-year-old had a great IPL 2019, picking up 17 wickets in the 15 matches that he played for Sunrisers Hyderabad.

Lyon is Australia’s premier spinner in Test cricket. He has, on his own, won many matches for Australia in the longest format of the game. Although he has not played much limited-overs cricket, 25 ODIs to be precise, his experience of performing in Tests could prove to be very handy for Aaron Finch in their title defence. Though it will be the first World Cup appearance for Lyon, the off-spinner would be a lethal weapon in Australia’s bowling attack and will be a great danger for the opposition, considering his ability to generate bounce and turn, even on slow and low tracks. He could be the secret weapon for the team.

Playing in his last World Cup, Imran Tahir would be eager to perform well and contribute to South Africa’s attempt to win their maiden trophy in the 50-over format. The leg-spinner has always been the go-to bowler for Faf du Plessis whenever he is in search of wickets and more often than not, Imran has delivered. The 40-year-old has played 98 ODIs for the Proteas till now and has picked up 162 wickets, with best figures of 7/45. Imran was on song in the just concluded IPL where he bagged the Purple Cap. He scalped 26 wickets in 17 matches he played for the Chennai Super Kings and impressed one and all with his wicket-taking ability (along with the celebratory run he goes for after taking a wicket).

The 32-year-old will be leading Bangladesh’s spin attack in England. Along with his batting skills, Mashrafe Mortaza would want his most experienced bowler to give him those crucial wickets in the middle stages of the game so that they can contain the opposition batsmen. A veteran of 198 ODIs (249 wickets), Shakib has immensely contributed to Bangladesh’s success in all formats of the game which saw them getting over their minnows tag and a becoming a force to reckon with. However, Shakib has been facing injury problems in recent times and this would be worrying sign for the team who would be aiming to create a lasting impact at what could likely be his last appearance at the World Cup. 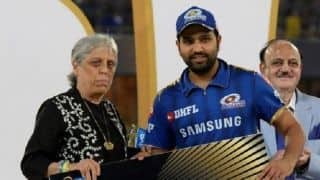 Dream11 Prediction: HH vs GG Team Best Players to Pick for Today’s Match between Halar Heroes and Gohilwad Gladiators in SPL 2019 at 7:30 PM