Cricket is a sport that accommodates all types of personalities on the field.

Cricket is probably the only team sport where players have room to express themselves for who they really are and personality traits can be identified solely by performances and style of play on the field. Rishad D’Souza investigates the various personality traits that have emerged and excelled in the cricket field and provides examples from contemporary cricket to amplify the point.

It is well known that cricket is a very accommodating sport. In terms of physicality, it has already been noticed that players of various body types have excelled. From the stout, paunchy Shane Warne (who mysteriously got ripped after his playing days) to the lean Rahul Dravid and the ruggedly built Graeme Smith – cricket has looked upon all its children with equal eyes.

It’s not too different when it comes to mental makeup of players. Mitchell Johnson is not a guy you mess around with just when he gives batsmen those shiver-inducing glares. Similarly, the great Sachin Tendulkar can be identified as a person of gentle mindset.

Following are the personality types that the cricketers fall under:

Aggressive: They are the ones who will take their challenges head on and blast through obstacles. They will often not start verbal barrages, but will give it back in double measure if instigated. Players that best fit this tag include Virat Kohli, James Anderson and Michael Clarke. READ: Virat Kohli, a cricketing idol for India’s youth

Fiery: They can be distinguished from the aggressive types in that they are the ones looking to get things boiling on the field. Plenty of express-fast bowlers display this trait in part because of the effort they put into every delivery stride. They light up the proceedings during the drag overs. They play a tough brand of cricket, but tend to go overboard at times. Mitchell Johnson, Brad Haddin and Ben Stokes are suitable examples in this category.

Calm: The first person that comes to mind at mention of calm is MS Dhoni. Cricketers who appear to have the situation under control even when the required rate balloons to over a fifteen certainly fit the tag. These players excel over the others, especially during the death overs. Apart from Dhoni, Hashim Amla comes to mind. READ: MS Dhoni’s call of duty

Gentle: Cricketers of gentle nature will only rarely retort to any incitement or provocation. They let the bat do the talking without letting any on-field incident affect their game. A perfect example is when Sachin Tendulkar worked his way to a hundred against South Africa, even as Dale Steyn gave him a mouthful every now and then while Tendulkar only smiled in response. Other players that come to mind at mention of calm include Kane Williamson. READ: Sachin Tendulkar, the greatest batsman of India

Firm:  Unlike their gentle counterparts, firm players will put their foot down when opposition players go out of hand. They prefer staying away from fights and even when provoked tend to respond with firm stares. Rarely do they tend to respond with a few words. Rahul Dravid was surely a firm cricketer. In present day cricket Brendon McCullum and Shivnarine Chanderpaul come to mind.

That being said, it is also true that certain players prefer focusing on the job – that is cricket – without revealing too many details of their personality. Chris Gayle, for instance, tends to have a steady non-emotional look on his face for most part of the game. However, the moment he’s off it, he converts into a real chilled out party man in typical Caribbean style.

The various personality types, as well as the examples mentioned above, prove the notion that cricket embraces all kinds of people. It is in fact the diversity that cricket allows for, both in terms of physical and mental make up, that makes it a beautiful sport. 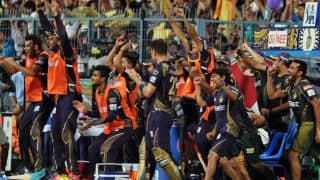