Ford is widely credited as one of the greatest cricket collectors of all time.

AL Ford, born in 1843, was one of the earliest of the great collectors of cricket books, pictures and prints. Arunabha Sengupta looks back at the collection he amassed through his six decades of diligence.

The cricket collector is a curious creature.

He wades knee-deep through books, prints, souvenirs and ephemera that hold scant value for the rest of the world, even when we consider other assiduous collectors.

It requires a special eye to appreciate the beauty of a piece of china specifically crafted in 100 tiny pieces resembling cricket bats. And then one needs the knowledge to revel in the piece of history embedded in the intersection of those 100 bats, the century of centuries of the famous cricketer it commemorates. To the uninitiated eye, it may come across as just a grotesque monstrosity of a utensil.

And let me not even get started on the forbidding old dusty hard-backed volumes containing yellow pages of bland prose, documenting the deeds of obscure dead cricketers and details of long forgotten matches.

Yet the cricket collector serves a very important purpose. In their own ways, substantial or otherwise, they keep cricket literature and cricketana alive. They keep the thread of history running through the game.

With the profusion of books in the field in the last few decades, and the growth of cricket societies around the world, cricket collecting has evolved. It has ceased to be an elite undertaking.
Even then, one of the greatest joys to yours truly was when the revered Peter Wynne-Thomas of the Nottinghamshire County Cricket Club, sitting in his library, introduced me to one of his acquaintances as the possessor of the biggest cricket book collection in The Netherlands.

Well, being the biggest in anything to do with cricket in The Netherlands is near- pathetic as far as achievements are concerned. Nevertheless, to be acknowledged as a collector was definitely pleasing.

However, with books and memorabilia filling the market today, it is a bigger challenge on the part of the cricket collector to prevent adulteration of their collection rather than to increase physical count of artefacts. Things were a lot different in the pre-1939 days, when production of such matter and material was limited and collecting was the monopoly of a small coterie of enthusiasts.

Indeed, before 1939, it was a fashionable pastime to collect cricket books and artefacts, but not a common one by any stretch of imagination. It required time, money, knowledge and patience. And while there were men with all these virtues and vices even in those far-off days, in the words of Irving Rosenwater: ‘the collecting bug usually bit this mass of men other than in the cricketing part of their anatomy.’

A defining feature of many cricket collectors of the past was directly opposed to the modern principles of promotion. Often an overdrive of zeal was concealed under a cloak of minimal publicity. Hence, a lot of the stalwart collectors from the past are often rendered obscure by the lack of information about them, other than their collections that were often discovered posthumously. Also, collectors were seldom literary men, or essayists of repute. Thus little record exists of the methods and motivations of some of the quaintest collectors of the hoary past.

After all collecting cricket literature in the 19th century was a pioneering pastime. Cricketana then was rather limited, ephemera starting to grow and the tradition of cricket books just about taking off.

The first great collector in the annals of cricket was perhaps AL Ford, a gentleman from Lynmouth, Devon. And apart from being the first, he was also quite special in another way. Unlike many collectors, Ford played cricket too, until he was well past 60. Not with much distinction, but he did play the game.

Born in 1843, Ford was a cousin of the famous cricketing family known as the Walkers of Southgate. He started collecting quite young, in 1861. And his hobby was nurtured through the next six decades, his interest as steadfast as ever, right up to his death in 1924.

Ford collected books, but with a very strong stipulation. He ignored all annual and periodical publications on the game. Thus Wisdens and Lilywhites and Weekly Records of the Game remained absent from his collection. This policy, in those early days of cricket writing, rather severely limited the extent of his library.

He did collect extremely valuable items, and even in those years of the 19th century he seldom hesitated in shelling out as much as £1 on binding a penny pamphlet. However, when assessed in 1905, the number of cricket books in his collection was hardly 500. Nowhere near the collections of the other great collectors of his day, like Reverend RS Holmes and Alfred D Taylor.

However, Ford had his own way of making up for it. Down the years, he amassed a phenomenal collection of prints and pictures from every corner of the globe where cricket was played. He possessed 80 hugely ornate scrapbooks, much more expansive than conventional ones, with whole morocco bindings of almost regal get up. Together they held some 5,000 prints and pictures.

Writing in 1905, Alfred J Gaston commented that Ford possessed, “one of the most valuable collection of cricket books and prints in the world.”

While he did not collect Wisdens, Ford had one item in his collection that was priceless even to that great bible of cricket. It was a portrait of John Wisden himself, from the Illustrated Sporting News of June 25, 1864. In the portrait Wisden stood, borne down by a heavy beard and moustache.

Another of his many priceless prints was from the Parisian magazine Le Monde Illustre published in 1868. It showed a University Match at Lord’s, with all the players sporting beards, one of them smoking a cigar.

In 1897, Ford himself published a book which has become one of the rarest volumes in the game. It’s name reads anachronistic all these years later: Curiosities of Cricket, from the Earliest Record to the Present Time. Some facsimiles are available from specialised sellers today.

The entire Ford collection was presented to MCC in 1929 by Ford’s nephew.

It is also said in the 1890s that Ford himself presented plenty of engravings and curiosities to MCC, but these were not acknowledged in the catalogues that the club brought out in 1902 and 1912.

In 1910, Ford observed, “I have given up collecting the modern prints, which became too numerous. I now try to find the very old ones, and these only come at about the rate of one a year. As to books, about ten a year would be all I meet with now, and those are mostly newly published.”

AL Ford continued collecting in this selective way till his death in 1924. He left behind one of the most valuable cricket book, picture and print collections in the specialised history of cricket enthusiasts. 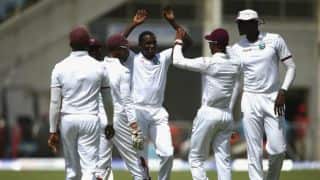 POLL: Can West Indies defeat Australia in the 1st Test at Hobart? 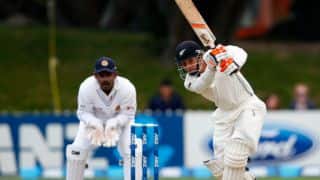 POLL: New Zealand or Sri Lanka? Who will win the 1st Test at Dunedin?