Dale Steyn: 10 things to know about the "Phalaborwa Firebolt"

Dale Steyn: 10 things to know about the "Phalaborwa Firebolt"

Dale Steyn, born in the South African town of Phalaborwa on June 27, 1983, is one of the best fast bowlers in the world today. Nishad Pai Vaidya finds 10 things that aren’t well known about him.

Dale Steyn is one of the best fast bowlers in the world today. The South African speedster is genuinely quick and gets enough movement to trouble the batsmen. He is a complete fast bowler and has a very good record at a time when the batsmen are dominating the game with the advent of Twenty20 (T20) cricket. On the occasion of his 31st birthday, here are 10 things you would want to know about him:

1. Steyn did not make his One-Day International (ODI) debut for South Africa. He made his ODI debut in 2005, while playing for Africa XI in the Afro-Asia Cup in 2005. His first ODI wicket was Ashish Nehra.

3. Steyn made his Test debut against England at Port Elizabeth in 2004. Marcus Trescothick was his first Test victim. He played two more Tests, but was dropped thereafter, only to return in 2006 against New Zealand. Interestingly, he had only played seven First-Class matches and one List A game before his Test debut.

5. Steyn was picked by the Royal Challengers Bangalore (RCB) in the Indian Premier League (IPL) before the first season. He had controversially said after the first edition of the tournament: “The IPL was only four overs a game and it was like a paid holiday; you only had to work hard if you felt like it, which is probably why we finished second-last.” Later, he apologised for those remarks and said he had been an ‘idiot’ to have said that.

6. In 2008, Steyn had won the ICC Test Player of the Year. In doing so, he had beaten compatriot Jacques Kallis, Sri Lanka’s Mahela Jayawardene and West Indies’ Shivnarine Chanderpaul.

7. Steyn has been most successful against Pakistan batsman Mohammad Hafeez. In 23 matches across the three different formats, he has accounted for his scalp 15 times. In 2013 alone, Steyn dismissed Hafeez 10 times.

9. In 2005, Steyn played for Essex, where he shared the bowling duties with Darren Gough, Graham Napier and Andre Adams. Future international competitors, Alastair Cook and Ravi Bopara, were his teammates.

10. Dale Steyn featured in the 2014 Hollywood movie Blended. In that movie, he played himself and was up with Adam Sandler, Drew Barrymore and Shacquille O’Neal. 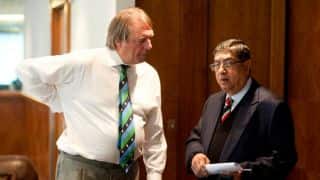 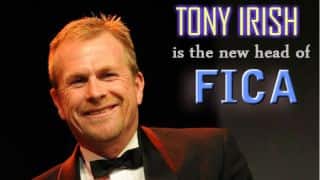