Steyn delivered the death blows to a demoralised English batting line-up in the second. While Morne Morkel’s improvement into a strike bowler has probably played a large hand in South Africa’s bowling performance. 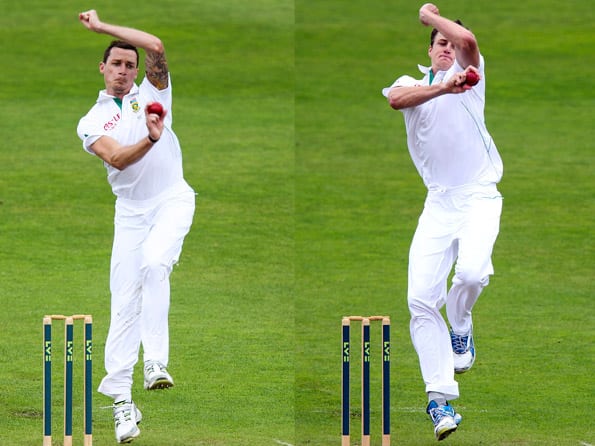 A summer ago, a team, bruised and battered by the rigours of the Indian Premier League (IPL), came to defend its No 1 status in Test matches. A well-rested and purposeful English team humiliated India’s batsmen, toyed with its bowlers and left the team making excuses that stun its ardent fans even to this day. The England team left the India team in disarray and destroyed its unity – unity that had resulted in a number one ranking and a World Cup triumph.

South Africa arrived in England as the putative No 1 team. A team that was prone to choking and perennially flattering to deceive. Graeme Smith was the bad boy among cricket captains and struggled to earn respect for his captaincy and batting. Much like Sourav Ganguly arrived in Australia in 2003 with a team that was hopeful, yet not expected to give the mighty Australians a run for their money, Smith’s team too was expected to give a tough fight, but probably not win.

In a matter of a week, the world has changed. England was seemingly invincible at home. James Anderson, Stuart Broad and Tim Bresnan were masters of the conditions in England. With the wettest summer on record, the conditions favored them. English batsmen were in form with all of them doing well, with the possible exception of tyro Ravi Bopara.

Morne Morkel’s improvement into a strike bowler from a stock bowler has probably played a large hand in South Africa’s bowling performance. Morkel enjoyed the IPL like never before and carried on. Vernon Philander, a huge find for South Africa, did not give anything away on his maiden tour to England. Imran Tahir who is bringing much needed balance to the South Africa attack is reasonably effective. And Dale Steyn, the fiercest of competitors, master fast bowler, the best since Dennis Lillee, in my book, when it comes to text book fast bowling, delivered like he always has.

England may have fancied their chances after extending their first innings to score 385 on the back of Alastair Cook’s brilliant hundred and Ian Bell and Matt Prior’s resilience. Graeme Smith, however, knew that if there was ever a time to show up, this was it. Watching him bat is somewhat painful. He is ungainly and brutal. He played a Matt Hayden-like innings (from 2001). It wasn’t all easy when Anderson was fired up getting Peterson. The ball was moving some and Anderson and Broad were effective. But Smith and Hashim Amla slowly bled the English bowling out. When South Africa were finished after the epic from Amla and the master class from Kallis, all talk of variety, pace and penetration of the English attack was over. Broad was delivering pies at a pace that would have made Madan Lal look fast in comparison. Anderson’s heart was nowhere to be seen and Bresnan, trying hard was helpless because his heart is not matched by his talent.

Pakistan had exposed England in UAE, but no one thought there would be a repeat in England. What South Africa has perhaps shown us is that India was vastly over-rated when they arrived in England. And a 0-4 thrashing shows how badly India is off the rails and needs to rebuild and ready a team for the new order in test match cricket. Clinging to an aging icon and a formula from early 2000s, India, will likely not even win matches at home anymore. They might blame bowlers, but its aging batsmen are not putting up runs.

Amla is playing at a level that only Rahul Dravid and Mohammed Yousuf have attained in recent times. He too, like the other two, is modest, studious, and reflective and channels his intensity into his batting. He came in early and made it count. He may never get an opportunity to score another triple hundred, but for sure, the way he is batting, he can score Test cricket’s first 500. His concentration, desire, serenity, endurance and technique are all worthy of praise. His humility has an endearing quality to it.

Steyn delivered the death blows to a demoralised English batting line-up in the second innings a day after another South African Ernie Els won the British Open. England seemed to have an endless line of batsmen and South Africa had only three (not including Smith). But the shoe is on the other foot now. With Amla and Kallis immovable, what will England’s Plan B be? Can they breach through these guys and test AB de Villiers, JP Duminy and the rest?