Steyn is perhaps the most tenacious bowler of this era.

“He wanted to hit you and hurt you and get you out, preferably in that order. He didn’t say much, but you felt that he just detested you,” writes Michael Hussey, the former Australian middle-order batsman, in his autobiography Underneath the Southern Cross. Unarguably, the southpaw was one of the best products to emerge from Australia’s once-bustling repository of talent. Despite his strapping presence at the crease, he cringed at the sight of his nemesis with a ball in his hand. Hussey, one of the finest strikers in the world, intensely disliked facing just one of his many contemporary bowlers — Dale Steyn. He was not one to shy away from battle. He seldom did. But if it were his call, he would have chosen not to face Steyn.

It is a sentiment echoed by most of the current batsmen. Steyn, with his customary, grimacing look, hurls the cricket ball at a speed of over 145 kph, on a consistent basis, and although he may not be as relentless as his predecessors yet, he is perhaps the most tenacious bowler of this era. As conceded by most stalwarts, notably Ricky Ponting, Steyn indeed has been a truly great bowler since the last two or three years, which is why his insipid performance in the first Test against India at Johannesburg flummoxed viewers and pundits alike.

It is not unusual for a player to temporarily slip into a trough, but this fact is nonchalantly overlooked when it concerns one of the game’s greats. In every sport, the best of the athletes are prone to slump, but inevitably, when the best hit rough waters, their performance is immediately put under the microscope. At Wanderers, Steyn bagged match-figures of one for 165, his worst thus far, including conceding hundred runs in an innings without taking a wicket for the first time. From South Africa’s perspective, there weren’t many repercussions following Steyn’s slouch, but memes and tweets ridiculing his figures vividly conveyed what a few felt.

Steyn was simmering, albeit inwardly. His graph has always been on the ascendancy, but this brief failure had popped in like an unwanted guest. Adding fuel to fire was the fact that the Johannesburg crowd openly expressed its displeasure as Steyn, and his batting partner on the final day — Vernon Philander, refrained from knocking off the required few runs during the dying minutes of the match. The booing notwithstanding, he was subject to atrocious tweets from a few of South Africa’s followers. “Whose decision was it to coward for a draw @DaleSteyn62? Lost quite a lot of respect for you if it was your decision my man,” was just one of many such messages he was tagged in.

Nonetheless, protagonists find, sometimes create, a way back to the top. Steyn is often vocal about his thoughts, but on this occasion, you felt he wished to drive home a statement employing a method of his own. Cheteshwar Pujara and Murali Vijay etched a defiant on the first day of this Durban Test, as Steyn was beginning to work up good pace. Perhaps intermittent rain delayed the inevitable, for the next day he unfurled all his hostility through a channel designed to inflict maximum damage. The Indians, to state in simple terms, were overwhelmed.

He clocked the high-140s, and occasionally crossed the 150 kph mark, right from his first over of the day. His natural out-swinger accounted for the wicket of Pujara, before Vijay was done in by a delivery aimed at his ribs. Rohit Sharma’s dismissal legibly underlined the speedster’s class. He simply didn’t know what he was struck by. It perhaps best embodied India’s take on Steyn’s resurgence. His pummel-fist style of celebration conveyed only half of what he felt, as the piercing stare did the rest. Best players are judged not by how they perform when the sailing is smooth, but how they stand when the chips are down. If you ever doubted Steyn’s character, this outing must certainly quell future qualms. The six scalps he bagged on the second day of this Test serve as bullet points highlighting the perils of writing off, or censuring, a cricketer of his calibre. Importantly, it reveals the consequences of aggravating a fiery, first-rate bowler.

In the summer of 2009, Steyn was in a similar position when he rendered futile on the first day of the second Test against Australia at Durban. Subject to mild criticism, he returned the next morning with renewed vigour, peppering Hussey with a barrage of bouncers, most of it directed at his body. “It was boof in the chest, crack in the arm, clang off the helmet,” recollects the batsman in his book. “Steyn stood there surveying his handiwork, almost like he was happier to have me dying slowly out there than he would have been to get me out.”

Steyn finished that series as South Africa’s highest wicket-taker. Thereafter, he decimated almost every adversary that crossed his path. The spellbinding run lasted almost four years prior to the minor glitch at Johannesburg against India. The six-wicket haul against some of the very finest batsmen has added credence to the theory that it’s not easy to quieten him for long; that provoking him, even off the field, only fuels his zeal to rip through an opposition, no matter how formidable. 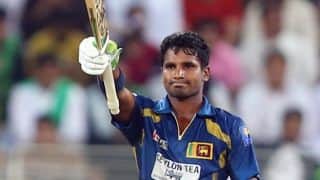