Cullen was destined for a bright future as he won the Bradman Young Cricketer of the Year award in 2006.

Dan Cullen, born on April 10, 1984, is a former Australia off-spinner. Cullen was destined for a bright future as he won the Bradman Young Cricketer of the Year award in 2006. But he turned out to be only a one-Test wonder for Australia. Shrikant Shankar profiles Cullen’s career.

Daniel James Cullen was born in Woodville, Adelaide. His last name is the same as that of famous characters in a very popular fantasy-romance novel series ‘Twilight’. Cullen is an off-spinner who played for South Australia in the Australian domestic circuit. His rise was so prominent that he won the Bradman Young Cricketer of the Year award in 2006. He was touted to replace Shane Warne once the spin legend had retired; in fact, he was coached by former Australia leg-spinner and legendary coach Terry Jenner, who also coached Warne.

Cullen’s first season in First-Class cricket in 2004-05 was impressive as he took 43 wickets at an average of 30.37. His second season was hampered by a finger injury, but he still managed to take 27 wickets. This was when he won the Bradman Young Cricketer award in 2006. His efforts were rewarded as he was called up to play for Australia in their tour of Bangladesh that same year. Australia had won the first Test by a narrow margin of three wickets. Cullen made his debut for Australia in the second Test at Chittagong in April 2006.

The Test is generally remembered for Jason Gillespie scoring an unbeaten 201 coming in as a night-watchman. Bangladesh had earlier elected to bat and were bowled out for 197. Cullen took his only wicket — that of Mashrafe Mortaza for four runs. Adam Gilchrist caught the catch behind the wickets. Australia then declared their score at 581 for four with Gillespie the top-scorer. Cullen did not get to bat and went wicket-less in the second innings. Australia won the Test by an innings and 80 runs and the two-match series 2-0.

Cullen then played the following three-match One-Day International (ODI) series in Bangladesh. Cullen went wicket-less in his first ODI at Chittagong on April 23, 2006. He went wicket-less again in his second ODI at Fatullah on April 26. But he did get his first two wickets in ODIs in the third match at Fatullah on April 28. The first wicket was Khaled Mashud stumped by Gilchrist. The second was Morataza caught by Andrew Symonds. Australia won the three-match ODI series 3-0. He was then selected in an ODI tri-series involving India and West Indies at Kuala Lumpur in September 2006.

He did not play any of the matches against India, but played two matches against West Indies. He didn’t take any wickets in those two matches. Australia made it to the final against West Indies but Cullen did not play. Australia won the final by 127 runs. This was one of the strongest Australian sides in history and players could only sustain their place in the team if they performed very well. That was not the case for Cullen. He has till date never played another ODI. So, in five ODIs, Cullen took only two wickets. He remains as a one-Test wonder having taken only one wicket.

His form also began to dip in the Australian domestic cricket. He only managed 14 wickets in 2006-07. He followed that up with 18 wickets in the next season. His last season in First-Class cricket was the 2008-09 one and he took only 10 wickets. He was dropped from the State side after losing his South Australian contract in the 2009-10. There was a lot of promise in Cullen’s early days as an off-spinner, but he could not manage to realise it. 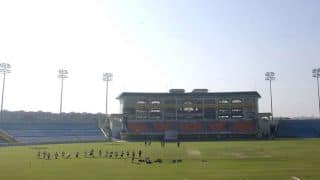 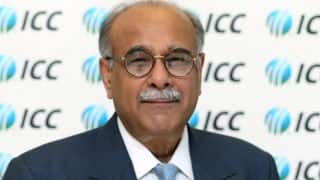