On October 25, 1993, Daryll Cullinan scored a chanceless 337 which is the highest score in the history of South African domestic cricket. Sarang Bhalerao takes a look at the record-breaking innings by the stylish Cullinan. 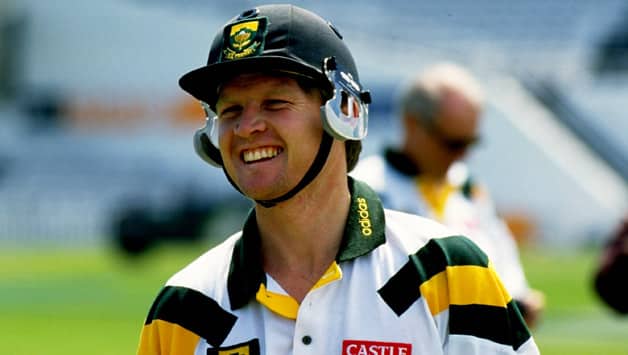 On October 25, 1993, Daryll Cullinan scored a chanceless 337 which is the highest score in the history of South African domestic cricket. Sarang Bhalerao takes a look at the record-breaking innings by the stylish Cullinan.

Daryll Cullinan was talked about as the next big thing for South Africa when they marked their return to international cricket.. He showed glimpses of his prodigious talent when he scored a ton at the First-Class level as a 16-year-old boy. Such was his reputation that his inclusion in the pantheon of South African batting legends was almost guaranteed. Yet, an average of 44.21 in 70 Test matches shows that Cullinan underachieved considering the promise he showed as a youngster.

Playing for Transvaal against Northern Transvaal in October 1993 in a Castle Cup match, Cullinan showed his immense talent and hunger for runs. Batting first, Northern Transvaal scored an imposing 517 for eight declared powered by a double ton by the West Indian opener Clayton Lambert.  A hundred by skipper Joubert Strydom compounded the problems for Transvaal. The 308-run second wicket stand between Lambert and Strydom put the Transvaal side into submission.

Transvaal’s primary target was 368 — to avoid the follow-on. Fanie de Villiers immediately put pressure on the Transvaal top-order dismissing Mark Rushmere (6), Mike Haysman (3) and Mandy Yachad (8). At 23 for three, Transvaal were in serious danger of conceding a huge lead. Skipper Jimmy Cook joined Cullinan [who came at No. 4] and the duo played out the second day unscathed as the latter scored a half-century. Cook was batting on 32 at the end of day’s play. It was reported that Cook eulogized Cullinan saying that the unbeaten 53 from him was the best innings he had ever seen.

Cullinan vindicated the skipper’s belief in him and on Day Three he displayed a masterful array of strokes and made the Northern Transvaal bowlers look ordinary. Cook was supporting Cullinan well. The partnership was assuming serious proportions. Cullinan-Cook added 283 for the fourth wicket before the captain fell for 102 to the second new ball. Dean Laing fell for one. At 321 for five, Transvaal were still behind by 296 runs.

Nic Pothas joined Cullinan and gave him a solid company. The duo ensured that no wicket was lost by the time Day Three ended. Transvaal were 439 for five at the end of the third day’s play. Cullinan was batting on 255 and still going strong.

The equation was simple on the fourth and final day — Transvaal had to overhaul Northern Transvaal’s total. They were trailing by 78 runs. Pothas was dismissed for 45, falling to de Villiers. Stefan Jacobs fell for one. Cullinan was joined by Clive Eksteen. The feature of Cullinan’s batting was his solid temperament and the oozing class in each stroke. When he scored his triple-ton, it was the first in South African domestic cricket.

ESPNCricinfo wrote: “NTvl (Northern Transvaal) did some  master  time-wasting  in order to stretch out the last over before lunch, leaving Cullinan on 307!  Once Cullinan had reached the magical 308, he understandably relaxed and let rip, as did Steven Jack when he arrived at the wicket. When Jack went out for 36, about 40 minutes after lunch, Cook declared.”

Cullinan remained unbeaten on 337. According to the ESPNCricinfo, the innings was almost chanceless barring one occasion when he edged the ball to the slips but it fell short of the fielder.

Interestingly Cullinan’s 275 against New Zealand in 1998 at Eden Park was the South African record for the highest individual score in Test cricket until Graeme Smith overhauled it against England in 2003.