David Acfield used to play for Essex. He was a right off-break bowler and played for Cambridge University from 1966 to 1968 also. Acfield was in England and Wales Cricket Board’s (ECB) management committee and an Olympic fencer. Acfield participated in the 1968 and 1972 Olympic Games and won medal in 1970 Commonwealth Games.

Acfield finds out certain nuances of the slow-motion action replays, hitherto unknown to mankind. If only the rest of the world could come up with such insights.

“Strangely, in slow-motion replay, the ball seemed to hang in air for even longer.” 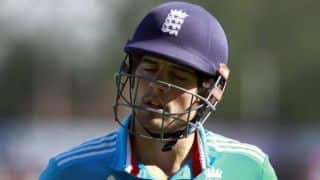